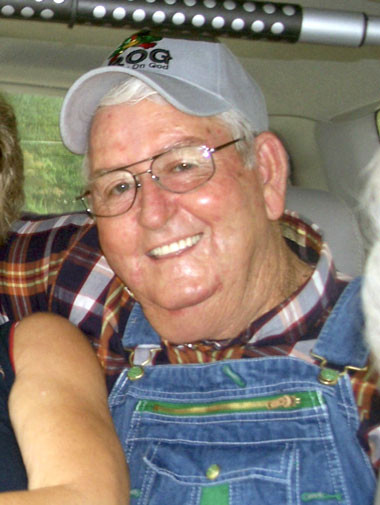 William Minchew, Jr, 82, of Vernon, FL passed away Wednesday, January 20, 2021 at the Biloxi VA Medical Center. Biloxi, MS.
He responded to the call of God to Christian ministry and served as Deacon at Sandy Creek Baptist Church, Ponce de Leon, FL from January 2005 until 2010 when he was placed on Honorary Deacon status.
He served at New Bethany Assembly of God as Trustee for a period of one year. Junior (as he was known) started work at Hunts Fruit Stand after school at the young age of 14 to help support his Mother after the passing of his Father, He enlisted in the Navy in August 1956 and with an Honorable Discharge after four years got out in August 1960. He enlisted in the Army in August 1961.
Junior was stationed at many bases though out the US of A and other countries to include Brooklyn, NY Navy Yard; Ft Gordon, Georgia; Ft Lewis, Washington (twice); Berlin; Vietnam (twice) from June 1965 – November, 1966 door gunner on helicopter and then armored scout with 25th Infantry Division. On October 30, 1966 his track hit a mine. Medivac flew him to Cu Chi Field Hospital, then to Saigon Hospital and back to the states, San Francisco and arrived Seattle, Washington Army/AF Hospital as a patient from November 4, 1966 to June 1967. Reassigned to Ft. Benning, GA, reclassified to Supply SGT; November 1969 to Okinawa, and then assigned to Ft Rucker, Alabama; 1970 Korea one year and returned to Ft Rucker, Alabama where he retired on August 31, 1977.
He was presented with the following awards: Wings-Aircraft Crew Member Medal, Silver Star, Air Medal, Purple Heart “Oak Leaf Cluster” (wounded October 30, 1966 Vietnam, Purple Heart (wounded October 15, 1966 Vietnam), Berlin Occupation, National Defense. BARS: Silver Star, Air Medal, Purple Heart, Good Conduct, European Occupation, Vietnam SE Occupation, Vietnam Service, Vietnam Occupation, Vietnam Occupation 1964, National Defense and Rifle Expert.
He is preceded in death by his parents, William Minchew Sr and Minnie Stanley Minchew; 2 brothers, Miller Jack Minchew, Myron John Minchew. 4 sisters, Macy Kitt, Merlene Culvert, Minnie LeNeve and Brenda Ann Taggert. Junior is survived by his wife, Judy M. Helms; 2 daughters, Nikki Rohr, Jody Galussa (Jassen) and 1 son, Donald Minchew (Toni); 10 grandchildren; 16 Great grandchildren; and 5 Step children.
Going Home Celebration will be held Saturday March 6, 2021 at 1:30 p.m. at New Bethany Assembly of God Church with Pastor Timothy Jenkins officiating. The family will receive friends Saturday March 6, 2021 at 1:00 p.m. until service time at the church.
Mask and Social Distancing Required. Military Services will follow at Unity Baptist Church Cemetery with Rev. Timothy Lanham officiating. In lieu of flowers you may make a donation to New Bethany Assembly of God Building Fund.
Brown Funeral Home & Blue Lake Crematory of Chipley, FL is in charge of arrangements. Family and friends may sign the online register at www.brownfh.net