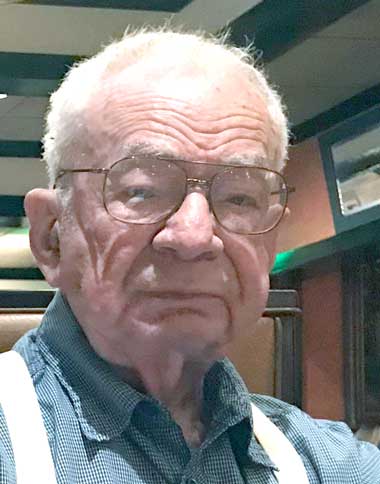 Rev. William Lee “Bill” Hinds, Lt. Col. U.S. Army Retired, 87 of Graceville entered peacefully into his eternal home on Thursday, January 2, 2020 at his residence. Rev. Hinds was born in Porum, OK to Mack Lee Hinds and Mary Elizabeth Killion.
In the early years of his life he lived in Porum, moving to Booneville, AR, then to Springdale, AR where he graduated from Springdale High School. After graduation he entered the U.S. Army and served in Korea. Following a three year enlistment he entered and graduated from Ouachita Baptist University with his BA. He married the love of his life, Frances, beginning their life together in Fort Bliss, TX where he attended the U.S. Artillery Guided Missile Officer’s training course. Rev. Hinds served our country all over the world including duties in the United States, France, Germany, and Vietnam. He served churches wherever he lived. While serving overseas he taught Labor Relations for the University of Maryland, in Vietnam and Germany. Following more than 20 years in the U.S. Army and receiving several commendations and awards (Legion of Merit and Bronze Star), Rev. Hinds retired on December 31, 1974. He then became involved in banking, industrial management, and management consulting.
Rev. Hinds moved to Ft. Lauderdale, FL where he served as Executive Director of Missions for the Gulf Stream Baptist Association. He was known as “Hinds, Broward’s Church starting Colonel.” Not only were churches started in Broward County, but also Indianapolis to New York City, and Paris to Frankfurt. November 1993 until November 2000 he served as a Trustee with the Baptist College of Florida. He also worked with the International Mission Board assisting missionaries with their engagements while in the U.S.
He was an active member of the First Baptist Church from 1999 to 2004, where he served as Sunday School Director. In 2004 he served as a missionary pastor in the Northwest Arctic of Alaska. He returned home working with the Chipola Baptist Association. He then joined the staff of the First Baptist Church of Marianna, Florida. Following retirement Rev. Hinds stayed busy with church activities, while ministering in many ways. He was an active member of the Graceville Kiwanis Club.
A Home-going service will be held 10 a.m. (CST) Tuesday, January 7, 2020 at the First Baptist Church of Marianna with Revs. Michael Petty and Coba Beasley officiating. Burial will follow 2 p.m. (EST) at the Tallahassee National Cemetery in Tallahassee, FL, James Lipford Funeral Home in Graceville directing.
Family will receive friends at the First Baptist Church of Marianna, Tuesday 9 a.m. until time of service.
Expressions of sympathy and remembrances can be made at www.jamesandlipford.com 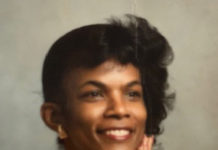