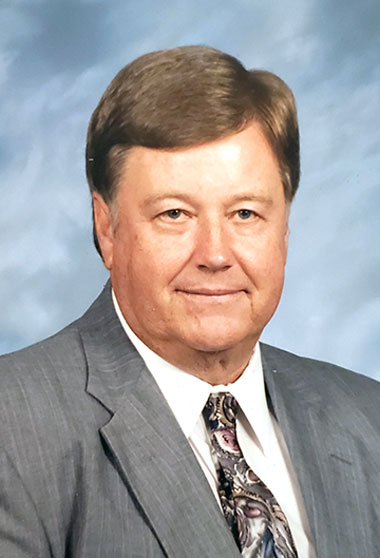 Wiley Paul Broom, age 75, passed from this life into his heavenly home on August 27th, 2019 surrounded by his family.
Paul was born May 16th, 1944 to Clarence and Annie Laura Sapp Broom on the family farm in the Glass Community north of Cottondale, Florida. For the next 18 years, he grew up in this close-knit rural community where he developed a love for country life. He attended the Cottondale schools, riding to school on his daddy’s bus.
After leaving the farm, he joined relatives in Winter Haven, Florida to work in the citrus industry. Finding that there was no place like home, he returned and became employed at Rhyne/LeHigh Furniture Manufacturing Company in Marianna. As most young adults, he too wanted and purchased his first new automobile; a 1966 yellow Super Sport Chevy Chevelle. With his personality, good looks, and new car, he caught the eye of the love of his life while circling Scotty’s Drive-in. They married in June of 1967 and made their home in Chipley. The birth of their son in 1970 made this union complete. In 1973, working at LeHigh gave him the opportunity to begin a side business of selling furniture, becoming known as P & S Discount Furniture. As a natural salesman, Paul worked hard to grow and expanded his part-time company until 1979 when it became his full-time employment. In 2010, they decided to close the business and enjoy a well-deserved retirement.
Paul was also a member of the Marianna Transportation Unit of the Florida National Guard.
As a born again Christian, Paul was an active member and Deacon of Holmes Creek Baptist Church, where he sang in the choir and was a member of the Lightweight Boys, who sang for the church and community. In addition, he served on numerous church committees.
His personality made him a memorable person. He had a positive outlook and loved people; never meeting a stranger. His family and close friends acknowledged him as a big kid at heart, always laughing and teasing. Paul was an excellent cook and was well-known for his chicken and dressing, red velvet cake, and peanut brittle. Being raised in the South, he loved the outdoors. He found pleasure in freshwater fishing with his son, gardening, growing citrus, and traveling.
Paul was preceded in death by his parents.
He is survived by his wife of 52 years, Sue Shores Broom, his son, Michael Broom and wife, Kristi Hardy Broom, and a granddaughter, Emily Broom, his sisters, Helen Myers of McMinnville, Tennessee, Dorothy and husband, James Fowler of Graceville and their families.
Paul’s memory will be cherished by the vast number of people who came to know him.
The family would like to express their gratitude to Lee Harrison for her continuous help and willingness to assist Paul during his illness. They would also like to acknowledge the professionalism and care rendered to him by the staff at Northwest Florida Community Hospital and the Hospice nurses.
Funeral services will be held at Holmes Creek Baptist Church, Friday, August 30th, 2019, at 12 pm. Interment will follow at Piney Grove Freewill Baptist Church, South of Chipley.
Pallbearers will be his nephews.
Visitation will be at 11 am, prior to the service.
Brown Funeral Home, of Chipley, FL, is entrusted with all arrangements.
Family and friends may sign the online register at www.brownfh.net