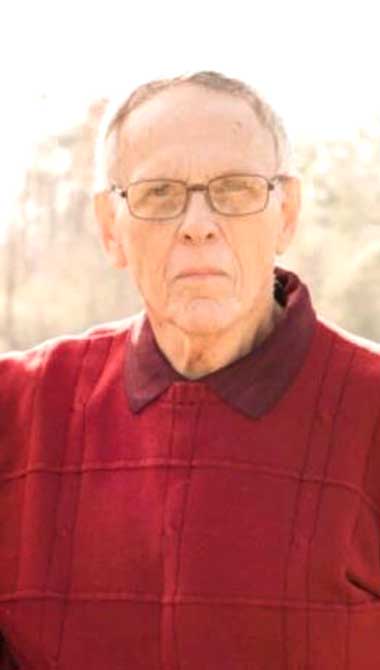 Wendell G. Large, 73, crossed over to his eternal home surrounded by his family on January 25, 2020, in Marianna due to complications from Alzheimer’s disease.
Wendell was born on August 24, 1946 to Orin H. and Eugenia C. Large in Somerset, Kentucky. He was the youngest of eight children and a graduate of Pulaski County High School. After leaving home in 1964, Wendell moved to Louisville, Kentucky where he began working. Former employers include: Roller Tool & Die, Co., International Harvester, and Ford Motor Company. While in Louisville, Wendell met his future wife, Kimberly and the two married in September 1967. The couple recently celebrated their 52nd wedding anniversary. Their marriage produced one child, Todd.
Wendell’s career path finally led him to working as a security guard for The Jacobs Group, Inc. Wendell promoted up within the company and worked for The Jacobs Group, Inc. for 23 years, where he worked his way up to Security Director of the Fayette Mall in Lexington, KY and the Jefferson Mall in Louisville, KY. In his mid-thirties, Wendell began his college career while working full time and obtained a Bachelor’s Degree in Business Administration from Sullivan College in 1996 at the age of 40. In 1998, the couple moved to Mooresville, North Carolina. They began working for Track Scan, and later worked for Action Sports Marketing, while traveling the country on the NASCAR circuit. The couple retired in 2010.
Wendell loved his family, especially his brothers, sisters, and grandchildren. He was an avid fan of NASCAR, drag racing, football, college basketball, and enjoyed traveling. Wendell and Kim have been to 47 of the 50 US states and Mexico while working on NASCAR circuit. In 1988, Wendell received the title of Kentucky Colonel. This is the highest title of honor bestowed by the Governor of Kentucky. It is recognition of an individual’s noteworthy accomplishments and outstanding service to their community, state, and nation.
Wendell is survived by his spouse, Kimberly; son Todd (Michele) Large; grandsons Cooper and Carter, and granddaughters Caris and Calah, all of Marianna, Florida. Wendell is survived by one sister, Virginia Hill of Somerset, KY, and numerous nephews, nieces, great-nephews, and great-nieces.
Wendell was preceded in death by his parents, Orin H. and Eugenia C. Large; sisters Anne Large Spears and Maudella Barber; and brothers, Ralph H. Large, Orin P. Large, James D. Large, and Donald L. Large.
There will be a Celebration of Life service on January 30, 2020 at Rivertown Community Church-Marianna campus at 5 PM. Visitation with the family will begin at 4 PM. Family was the most important thing to Wendell; therefore, in lieu of flowers, the family requests tax deductible donations be made to The Large Adoption Fund at: https://adopttogether.org/families/?fundraiser=large-family-adoption-3