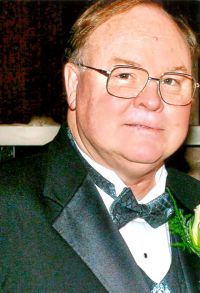 A Celebration of Life Service to honor the memory of Attorney Wayne Gregory Braxton will be held at 2:00 pm on Saturday, March 2, 2019, at the Chipley First Baptist Church located at 1300 South Boulevard. Immediately following the service there will be a time of fellowship and dessert refreshments. Brown Funeral Home of Chipley, Florida was in charge of Wayne’s cremation and burial in the family plot at Glenwood Cemetery.

Late the night of October 22, 2018, Wayne transitioned from his earthly life in Chipley, Florida to his eternal life in the presence of Jesus Christ. Wayne was born in Port Saint Joe, Florida on September 15, 1947, to Thomas Joseph Braxton and Ruth Connell Braxton. As a boy Wayne made the most important decision of his life, when he accepted Jesus Christ as his Lord and Savior and followed Him in believer’s baptism at Long Avenue Baptist Church. Through the years Wayne actively served in varying capacities – Sunday School Teacher, Royal Ambassador Leader, Deacon, Trustee, and a member of various committees — at First Baptist Church and Damascus Baptist Church both in Graceville, Florida. Wayne was an active member of the Chipley Camp of Gideon’s International for several years. He kept Gideon New Testaments in his desk drawer at his office to use, when talking with his clients. Wayne was also a member of the Graceville Lion’s Club for a number of years.

Wayne graduated from Port Saint Joe High School in 1965. He then attended Gulf Coast Community College in Panama City before transferring to the University of Florida in Gainesville, Florida, where he received a Bachelor of Arts degree in Political Science in 1969. After college he taught several years at Carrabelle High School prior to returning to The University of Florida, where he received his Juris Doctorate degree in Law in 1974. While studying for the Bar Exam, Wayne taught at Boddie Junior High School in Milledgeville, Georgia. Wayne was admitted to the Florida Bar in 1974, and opened his law practice in Graceville on October 1, 1975. While practicing law, he taught evenings in the adult education program at Washington Holmes Vocational School in Chipley for awhile. Later he was a part-time Adjunct Professor teaching Western Civilization at the Baptist Bible Institute, now known as the Baptist College of Florida in Graceville. On January 2, 1977, Wayne opened another office in Chipley, which became his main office, where he practiced law until retirement shortly before his death.

As a teenager, Wayne met his future wife, Lota Kay Sanders, during the summer of 1966. They later married at the First Baptist Church in Milledgeville, Georgia on September 16, 1972. The couple was always together, with Lota Kay being his Legal Secretary, as well as his sole caregiver during his many years of illness.

Wayne dearly loved his Florida Gators. In fact, he was such an avid fan until his two grandchildren named him Gator Pa. Even though Wayne grew up on the coast, his first love was the mountains, and he enjoyed going there during any season of the year. Wayne took pleasure in observing birds and all wildlife. He also enjoyed hunting and fishing. Wayne loved animals, but especially his various hunting dogs and dearly loved cats. His love for history had him constantly reading books and watching the news and documentaries.

Wayne was predeceased in death by his mother, Ruth Connell Braxton, who is buried in Jehu Cemetery in Wewahitchka, Florida, and also by his father-in-law and mother-in-law, Dr. Marlin C. and Frances Palmer Sanders, who are buried in Glenwood Cemetery in Chipley, Florida.

Wayne is survived by his beloved wife Lota Kay Braxton of Chipley, Florida; their daughter Ashleigh Erin Taylor and her husband David F. Taylor, 10 year-old granddaughter Miranda Eve Taylor, 8 year-old grandson Gabriel Martin Taylor, all of Wiesbaden, Germany; his 96 year-old father Thomas J. Braxton of Port St. Joe, Florida; his sister Jennifer Braxton of Chipley, Florida; and his brother William Jed Braxton and his wife Kathy Braxton of Bonifay, Florida. Wayne is survived by dear friends, whom he considered his children — Heart Son Blake Martin and his wife Kristin Martin of Chipley, Florida, and Heart Daughter Michelle Melvin and her friend Rodney Pittman of Chipley, Florida. The Heart Children were caring for Wayne at the time of his death because Lota Kay was hospitalized after heart attacks and open heart surgery. Thanks to FaceTime and the Heart Children, the wife and daughter were both present in the room, when their beloved husband and father passed from this life into his heavenly reward. Wayne is also survived by many other dearly loved friends and relatives.