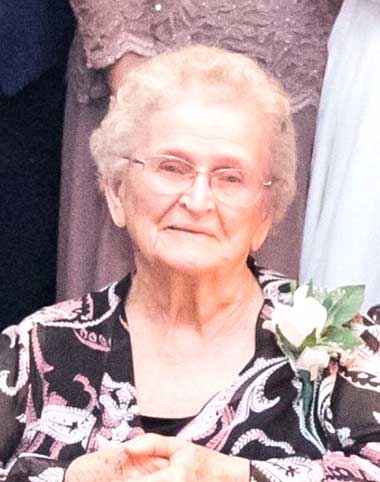 Virginia Nell Gilley, 87, of Sneads, FL, passed away at her home on Wednesday, December 25, 2019.
Mrs. Gilley was a lifelong resident of Jackson County. She retired from the U.S. Army Corps of Engineers, Jim Woodruff Powerhouse. Also, she retired from the State of Florida after working several years at Florida State Hospital and Sneads Elementary School. Mrs. Gilley was an active and lifelong member of El Bethel Assembly of God Church, serving as secretary, treasurer, Sunday School teacher, and other positions as needed.
Mrs. Gilley was preceded in death by her husband of 55 years, Robert Gilley; parents, Edgar and Pearl Howell; brothers, E.L. and Reverend Jack Howell.
Survivors include: three daughters – Saundra Swift (Henry) of Tallahassee, Robin Carnley (Rick) of Marianna, Melody Toole (Steve) of Marianna; two sons – Bob Gilley of Sneads, Ashley Gilley (Krystal) of Grand Ridge; nine grandchildren – Brian and Daniel Rabon, Amanda and Allison Carnley, Kaylee Bruner, Lindsey and Jeremiah Toole, Seth Gilley, McKenzie Goff, and Skyla Bunting; six great grandchildren – Brendon and Alyssa Rabon, William and Sydney Rabon, Jordan Gilley, and Carter Goff; two sisters – Carolyn Morgan of Tallahassee and Barbara Matthews (David) of Sneads; and many nieces, nephews, cousins, and friends.
Funeral service will be 2 p.m. Saturday, December 28, 2019, at El Bethel Assembly of God Church with Pastor Clinton Howell officiating. Interment will follow in Dykes Cemetery with James & Sikes Funeral Home Maddox Chapel directing.
The family will receive friends from 12 p.m. until service time at El Bethel Assembly of God Church.
The family would like to thank the special caregivers and Covenant Hospice for the excellent care shown during this time.
Expressions of sympathy may be made online at www.jamesandsikesfuneralhomes.com