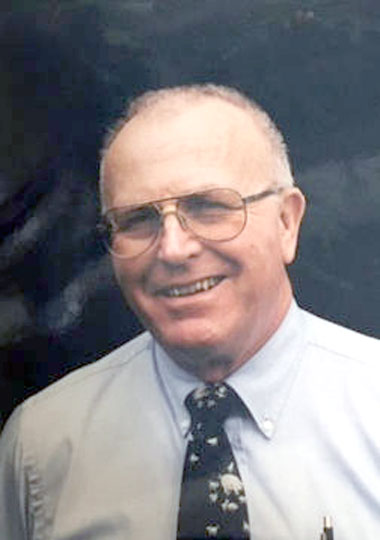 Dr. Vance Kenyon Weidle, Jr. “Doc” was born August 22, 1936 in Great Bend, KS and passed away at his home in Marianna, FL on October 17, 2019. He is preceded in death by his parents Vance Weidle Sr. and Helen Bales Weidle Kinderdick.
Doc is survived by his wife of 58 years, Ruth Reece Weidle; sister Tori Baehr (Ted) of Seattle, WA and brother Dr. Nick Weidle (Annette) of Denver, CO; daughters Brenda Wilken (Chuck) of Greenville, SC and Lynn Kandler (Mike) of Panama City Beach, FL; grandchildren Farrah Swearingen (Jonathan) of Marianna, FL, Travis Granberry (Kayla) of Mobile, AL, Tori Kandler of Panama City Beach, FL, Ty Kandler of Dallas, TX, and Jason Peeples of Panama City, FL; and great-grandchildren Taylor and Beau Swearingen and Brooklynn and Gunner Granberry and a host of extended family and friends.
He graduated from Colorado State University with a Doctorate in Veterinary Medicine in 1960. Following graduation he went to work in Great Bend, KS in a veterinary practice. Soon after he and Ruth married on January 1, 1961, they moved to Bismarck, ND. In Bismarck he worked at a large animal veterinary clinic for two years and then in Beach, ND for five years. In 1969, Doc moved his family to Gainesville, FL where he received a Post-Doctoral Masters in Toxicology from the University of Florida. Chipley-area farmers and ranchers were in need of a “cow doctor” and drove to Gainesville to recruit him. Upon arrival in Chipley, Dr. Weidle established Panhandle Veterinary Services where he practiced until 1990.
After retirement, Doc and Ruth moved to Asheville, NC for nine years where he started new careers with Grand Laboratories and the Internal Revenue Service. Later they returned to their midwest roots and lived in Wamego, KS until 2015 before settling in Marianna, FL to be close to their daughters and their families.
Doc enjoyed spending time woodcarving, pitching horseshoes, and making new friends that always enjoyed his dry sense of humor. He was a great man that had a lasting impact on everyone who knew him. Doc lived a wonderful life and will be deeply missed.
In lieu of flowers, the family requests donations be made to Heifer International, PO Box 8058, Little Rock, AR 72203 a cause that Dr. Weidle believed in and supported for years.
The family will hold a Memorial Service on Sunday, October 20, 2019, at 4:00P.M. at Brown Funeral Home, Chipley, FL. Visitation will be held at 3:00P.M., prior to the service. Brown Funeral Home has been rusted with arrangements