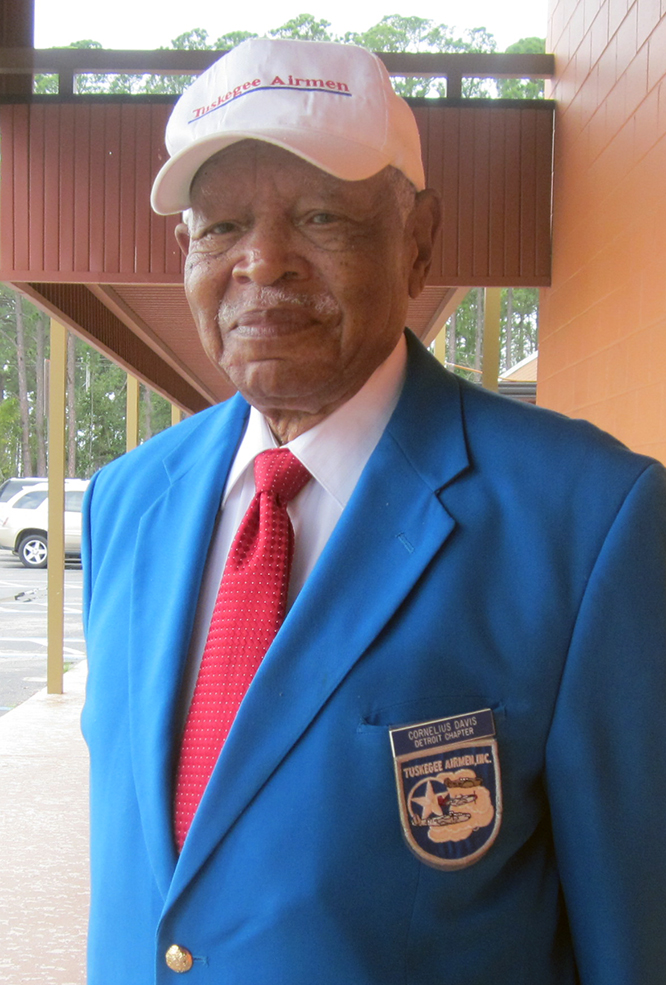 Tuskegee Airman Cornelius Davis, age 100, of Gainesville, Florida, but formerly of Blountstown, Florida, transitioned from this life to life eternal on June 1, 2021. Airman Davis lived in Detroit Michigan for years.

Airman Davis was a lifelong member of the Saint Paul African Methodist Episcopal Church. He was one of the original Tuskegee Airmen.

Graveside services will be held on Thursday, June 10, 2021 at 11:00 AM from the Magnolia Cemetery in Blountstown, Florida with Pastor Angus Jackson, Jr. officiating. Vann Funeral Home in charge of the arrangements.

Centers for Disease Control (CDC) Guidance regarding masks and social distancing will be followed for the safety of the family and those who attend the graveside service.

Tuskegee Airman Davis leaves to celebrate his legacy, a loving and devoted family.