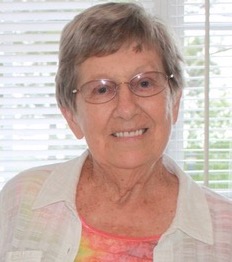 Tulula Josephine Tharp, 86, loving wife, mother, grandmother, great-grandmother, and loyal friend entered into the peace and rest that only her Heavenly Father could give on November 23, 2020, after courageously battling COPD, lung cancer, and dementia for many years.

Jo, as all her friends and family called her, was born to Ernest and Louella Martin (Perkins) on April 30, 1934 in Lovedale, Florida. She was the second youngest of eight children, all who have preceded her in death. She was especially close to her little brother “Buck,” since he was only 7 when their mom died.

Josephine and husband, Eugene met at the Florida State Hospital in Chattahoochee, Florida, where they both worked. They were married on October 6, 1953, and those years of “young love and living off of credit” were stories they repeated often. They shared a life together for 45 years. Jo was immediately adopted into Eugene’s family as a daughter and sister. She spent many happy times with Eugene’s five brothers. George and James, Eugene’s brothers and George’s wife, Evonne have continued to be like brothers and a sister to Jo throughout the years. They have been a continual source of family, friendship, strength, and counsel for her and her entire family.

Mama, as her children called her, was a kind, spunky, tough-love-giving, generous, and an always-serving mother to Dianne and husband, Harry and Jeff and wife, Felicia; Nanny to five grandchildren, Jeremy, Allison, Danielle, Krista, and Jessica; and eleven great-grandchildren.

Jo was a stay-at-home mom for many years and she was always supporting her Eugene in his businesses doing paperwork and running errands. In the early seventies, she started working at Sunland Training Center in Marianna and continued there until she retired. She had a gift for loving and caring for those with severe disabilities.

Serving was Jo’s love-language. Everyone who spent any length of time with her knew of her amazing gift of cooking. From harvesting the food from the garden to bringing it to the table; every step was an act of love. She had many deep and lasting friendships; something few experience, especially in today’s world.

Jo was a member of Piney Grove Baptist Church in Cottondale, Florida. Her faith was very important to her. She served in various churches over the years in many capacities, always in the background, but always finding ways to help. Her quiet, yet consistent faith was a powerful influence on her children, husband, and family.

Years after Eugene’s death, Jo was fortunate to find love and companionship with her second husband, Tex McRoy. She loved his children and grandchildren and was especially close to his daughter, Barbara and her family. They enjoyed many years together before his death.

In 2013, Jo moved to Dothan, AL, and became a resident of the Terrace at Grove Park. She spent many years enjoying her cottage apartment. She loved her family and friends, but she also loved being by herself and going about her daily routine. The staff and residents at the Terrace quickly became a family to her. During the last year as her health declined, Ms. Jo, as everyone at the Terrace called her, was cared for in the assisted living home. Many of these people were a part of Jo’s life for over seven years. They went above and beyond what was expected and Jo’s family is extremely grateful.

Flowers are accepted or memorial contributions may be made to Piney Grove Baptist Church, 2136 Piney Grove Rd. Cottondale, FL, 32431. 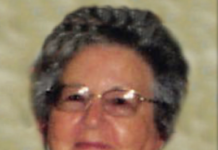 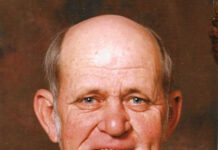