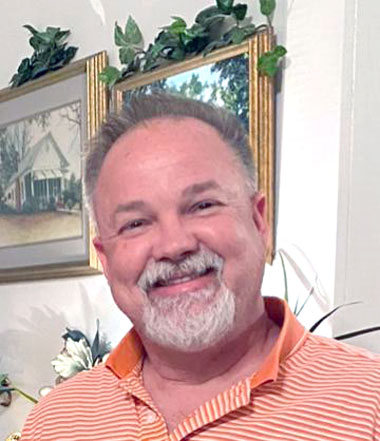 Tommy Gene “T.G.” Harkrider, Jr., 48, passed away on Thursday, March 11, 2021 following a sudden non Covid related illness.
T.G. was born to the late Tommy Harkrider and Ella Mae (Harkrider) Harris on June 21, 1972. He was a 1990 graduate of Malone High School and a 1996 graduate of Troy University (Dothan) with a Bachelor of Science Degree in Research Biology. Additionally, he enjoyed his work with the Malone Volunteer Fire Department and was a licensed EMT. T.G. also graduated from Chipola College with an Associate of Science Degree in Nursing in 2015 and with a Bachelor of Science Degree in Nursing in 2017. He was currently pursuing his doctorate of nursing practice in mental health at UAB.
T.G. enjoyed many types of music, sitting by a good fire, and was a devoted, lifelong fan of the Auburn Tigers. He also enjoyed watching his nephews grow up and serving others in the community. He was a member of the First Baptist Church of Malone.
T.G. began his career with the Jackson County Health Department shortly after graduating from high school, working part-time as a college student. He quickly transitioned into a full-time role in the Environmental Services Department and eventually became the youngest Environmental Health Director in the State of Florida. He was known around the health department as “The Man.” He worked tirelessly and was instrumental not only within the Environmental Department, but in the operations of the Jackson County Health Department as a whole. Most recently, T.G. held the titles of Jackson County’s Director of Environmental Safety and Public Information Officer. He played a vital role in the coordination of the Jackson County Health Department’s Hurricane Michael efforts as well as the distribution of the COVID-19 vaccine to the community. T.G. was a trusted resource for those needing assistance from within the health department as well as to his community partners. He truly enjoyed serving and helping others.
T.G. was preceded in death by his devoted father, Tommy Gene Harkrider of Malone, his adoring step father, T. Lane Harris of Malone, and his grandparents, Mr. and Mrs. Spurgeon Clark and Mr. and Mrs. O.M. Harkrider all of Graceville.
He is survived by his loving mother Ella Mae (Harkrider) Harris, one brother, Max Harkrider and wife, Amanda, two nephews, Max and Hoke Harkrider, and a very special friend, Michelle Hendrix and her son, Jared. As well as many aunts, uncles, and cousins.
Graveside funeral services will be at 3 PM Monday, March 15, 2021 at Marvin Chapel Cemetery in Graceville with Steven Welch officiating and James & Sikes Funeral Home Maddox Chapel directing. No public visitation is planned.Family and friends are invited to attend, but please wear a mask and utilize appropriate social distancing.
In lieu of flowers, memorial contributions may be made to the Malone High School, 5361 9th St., Malone, Fl 32445. www.jamesandsikesfuneralhomes.com