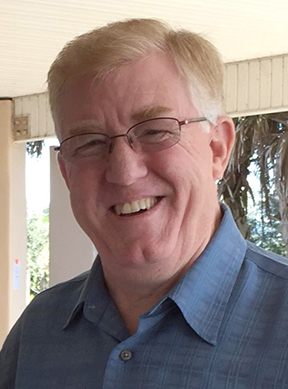 Thomas “Tommy” Earl Moore passed away on Friday, July 30, 2021, at the age of 64. After several months of declining health, Tommy died peacefully while surrounded by his loved ones.

He was born in Corpus Christi, Texas on December 18, 1956. Tommy moved to Marianna, FL in the 1980’s and settled down calling it home. For many years, Tommy served as a Lieutenant for the Florida Highway Patrol. He later moved from Marianna to Tallahassee to further his career in law enforcement as the head of the Canine division for Florida Highway Patrol. Tommy retired from FHP after many years of dedicated service and moved to California to serve the United States Government as a U.S. Marshal. After many years as an active U.S. Marshal, Tommy retired and moved to Bradenton, Florida. After becoming a grandfather, Tommy realized Marianna is where his heart was and moved back to be closer to his children and grandchildren.

Tommy enjoyed spending time with his family, especially his grandchildren. Once back home in Marianna, his favorite thing to do during the day was watch his son, Bryan, work in the field. Tommy loved to feed the horses and spend his afternoons outside.

Tommy was preceded in death by his parents.

He is survived by his children, Bryan Alexander Moore and wife, Jordan and Katherine Leigh “Katie” Moore; grandchildren, Maddie, William, and Weston Moore all of Marianna; one brother, Dennis Moore; two sisters, Robyn Baker (Larry) and Gail Reaves (Tommy); and many nephews & nieces.

The family would like to thank Emerald Coast Hospice and River Valley Rehabilitation Center for the exceptional care they provided during this time.