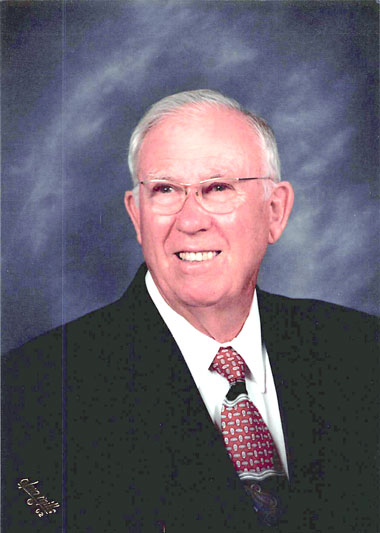 Thomas Howell Daniels, a resident of Marianna, Florida passed away at the age of 91 on Sunday, November 10, 2019 in the comfort of his home surrounded by family and friends.
Tom was born on his family’s homestead in Grand Ridge, Florida on May 6, 1928. He was a life-long resident of Jackson County and 1946 graduate of Grand Ridge High School. Upon graduation he enlisted in the United States Navy and served his country for two years at the conclusion of World War II. Following his service, he returned to Jackson County and attended Chipola Junior College where he studied and played on the basketball team. After graduating from Chipola in 1949, he attended Livingston State Teachers College in Livingston, Alabama and graduated in 1952. That same year he began his teaching career as a 6th Grade teacher at Sneads High School and would later teach Biology and Mathematics. In addition to his teaching duties, he also served as a JV basketball coach during the early portion of his career. Tom spent the latter portion of his career as a Driver Education instructor and retired from Marianna High School in May 1988 after 36 years of dedicated service educating the youth of Jackson County.
Tom was a loving husband and father who lived a life of service to God and others. He was an avid hunter, fisherman, and master gardener who enjoyed sharing his harvests and “great truths” with his family, neighbors, and friends. He served his church family as a deacon at the First Baptist Church of Sneads and First Baptist Church of Marianna for 50 years and was an active member of First Baptist Marianna until his health no longer allowed him to attend. He was also a member of American Legion Post 100 in Marianna.
Tom was preceded in death by his parents, Mather and Louise Justiss Daniels; one sister, Ruth Daniels Lamar and her husband, Hulan Lamar. Survivors include his wife of 66 years, Evelyn Burns Daniels; three children, Tommy Daniels (Kim) of Fleming Island, Florida, Sheila Daniels Burton of Tallahassee, Florida, and Tim Daniels (Ashby) of Mobile, Alabama; three grandchildren, Claire Burton, Ada and Lucie Daniels; and several nieces, nephews, extended family members, and many friends.
Funeral service will be 10:00 a.m., Wednesday, November 13, 2019 at First Baptist Church of Marianna with Rev. Michael Petty officiating. Interment will follow in Pinecrest Memorial Gardens in Marianna with James & Sikes Funeral Home directing.
Visitation for family and friends will be held at the First Baptist Church of Marianna on Tuesday, November 12, 2019 from 5:00 p.m. to 7:00 p.m.
Flowers will be accepted or contributions may be made to the Florida Baptist Children’s Home or charity of choice in loving memory.
Expressions of sympathy may be made online at www.jamesandsikesfuneralhomes.com