A Times reader said he found my recent article about Primitive Baptists interesting, but thought it implied that Primitive Baptist Churches were a thing of the past. I didn’t mean to imply that, simply because it had not occurred to me to wonder whether they did or not.
It’s true that I rarely see a Primitive Baptist Church, but that is probably because they don’t always use the word Primitive in their name. The one I found nearest me is called Ebenezer Baptist Church but is not the Ebenezer Baptist Church where Martin Luther King preached. Like most primitive Baptist churches, it is a small church, but by calling themselves Baptists, they are counted as members of the largest Christian church in the world: the Baptist Church.
From the very beginning, Baptists have been a contentious group, having been founded in Holland in 1602 by John Smyth, who – disillusioned with the Church of England – wanted an autonomous church in which all members are equal in standing.
Baptists are second in numbers only to the Roman Catholic Church, which got a head start on them. Before A.D. 107, during the time the apostles were being persecuted, they were simply called Christians. One apostle, on his way to be executed, referred to his fellow Christians as Catholics, which implied they would become universal, and his prediction proved true.
Christianity grew and eventually split into countless other Christian groups with different names and different practices. Even if Primitive (meaning original) Baptists were counted separately from the entire Baptist denomination, there are about 72,000 Primitive Baptists in about 1000 churches in the U.S.
Even in those numbers, they are just a drop in the bucket of Baptists around the world. Unlike far more structured churches, Baptists vary widely. They all agree on only two things: baptism by immersion, and observing communion, also called the Lord’s Supper. However different their views, most people can find a Baptist church to fit their own beliefs.
The largest group is the Southern Baptist Convention which split with Baptists in the north over the issue of slavery. It apologized for that stand in 1995. By then other Baptists had formed other smaller groups, including Independent Baptists, (which is redundant- because aren’t they all?) Protest is part of the word Protestant for an obvious reason.
Getting Baptists to agree with each other is like herding cats. I know, because I was raised in one. I still remember the night a preacher I really liked was kicked out of his job because other more conventional members of our church objected to his lack of dignity, riding around Marianna on a bicycle, and wearing white suits instead of black ones. Mother and I were on the side of the preacher. Our family and his were friends on a first name basis. The minister and his wife called Mother by her nickname, Tilly. They were informal, fun loving people, which was fine with us.
We liked his sermons too, because he didn’t dwell on threats of hellfire and brimstone for those who strayed. Instead, he emphasized loving our neighbors, praying for our president, our military and a swift end to the war. He stressed the importance of voting, but never told us how we should vote or for whom. As Roger Williams left England to establish the Baptist Church in America, which was based on his belief in separation of church and state, that seemed the appropriate thing to do. Williams believed that bringing politics into the church was divisive, and Thomas Jefferson believed that bringing religion into politics was divisive. From what I’ve observed, I believe they were both right.
Even so, Mother and I said nothing to support our preacher during that contentious Wednesday night meeting, nor did we participate when a vote was taken because our preacher-friend, asked us not to. He said he did not intend to remain in a divided church and had already been called to a larger church in Jacksonville.
We never lost touch with him and his family, though and when I was living in the Los Angeles area, I was delighted to learn that he and his wife lived there as well. We had not seen them for many years, but when Mother was visiting us, I invited the minister and his wife to lunch at our house. Now elderly and white haired, the couple stepped out of their car, looking confused.
Walking toward us, the minister joyfully called out “TILLY!” He then opened his arms wide, embraced me and gave me an enthusiastic kiss! I don’t know who was the most shocked: Mother, me, my husband, his wife or the preacher when he realized his mistake.
We should have guessed that sooner or later we would see each other again, because in a country with fifty million Baptists, they could be anywhere. 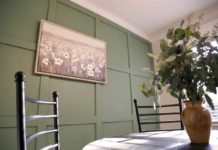 How to build an easy accent wall 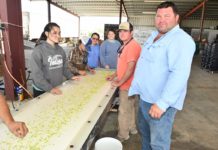 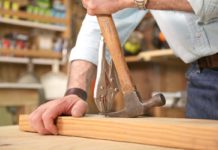 How to fix a deck with loose nails