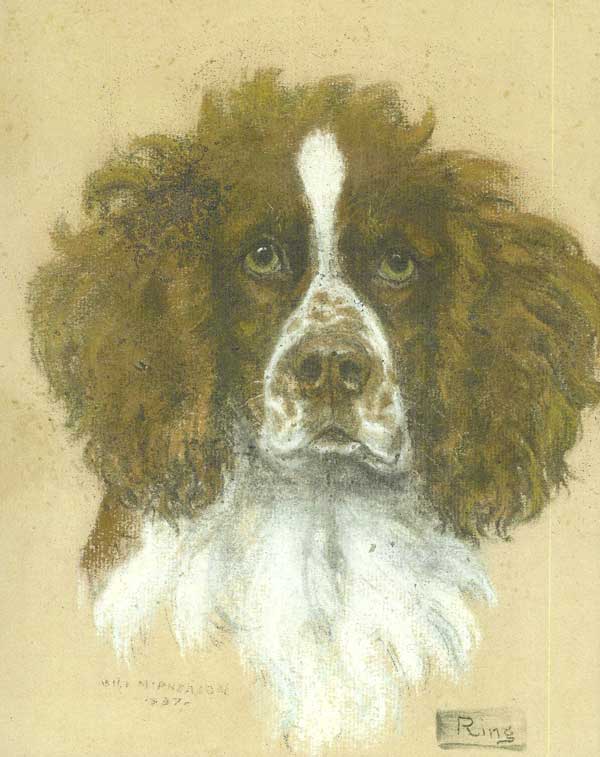 There are people who believe that animals have extra-sensory perception and people who don’t. I’m with the first group because I’ve known at least three dogs who proved they have it. When I tell these true stories, people look at me and I can almost see them thinking, “She’s a nut case.”
Even so, Dr. Michael Fox, a medical practitioner says that some animals have a heightened sense of empathy that creates what appears to others as extrasensory perception. It often happens in female dogs and may be linked to their maternal instinct. However, one of my true stories is about a male dog, so empathy is not necessarily peculiar to females.
My mother told me about my first encounter with an empathetic dog named Lady. Lady had been one of my Dad’s favorite hunting dogs, which meant they were not allowed to be house dogs unless they got too old to hunt.
When I was a toddler, we briefly lived in an old-fashioned, southern house that sat high above the ground. When I was a crawling baby, Mother used Lady as a playpen for me, because she noticed that when the family was on the front porch, Lady would always place herself between me and the edge of the porch. Mother had such confidence in Lady that she would sometimes leave me there while taking care of a household chore. Lady never let me fall. Not even once.
My youngest sister, Kathy, owned China, the most empathic dog I’ve ever known. Kathy is also the most empathic person I’ve ever known and has taken in many stray animals. I don’t remember if China was one of those, but she imitated her owner. China would nurse any stray or wounded animals that showed up on Kathy’s property in the country outside Austin, Texas. It didn’t matter to China if the strays were dogs or cats. She had no prejudices.
China also had extra-sensory perception and a good memory as well. Our visits to Austin were infrequent but China never forgot who we were. Once, Dan and I were driving a rental car and arrived before Kathy had come home from work. However, we had barely turned into her driveway when China came bounding out of the house and proceeded to greet us with a special dance, running about in circles and prancing on two legs while barking joyfully.
We weren’t even out of the car, so how China knew it was us is a mystery. She certainly couldn’t have known us by the car we were driving, because the rental car was nothing like our own car. Kathy said China usually barked at strangers and would attack if someone she didn’t know came around when she was not at home. China was affectionate with all of Kathy’s friends and family who visited, not just Dan and me, but she certainly knew how to make us feel special.
The empathy of another dog, a male called Ring, belonged to Dan’s Aunt Alta who was living in Michigan at the time he and his mother were visiting. His Aunt and Uncle had a lake front house on Lake Huron. They had no children, so Ring was rarely around anyone other than adults. However, as Dan was about eight or nine, he and Ring immediately connected and during his visit, the two of them became inseparable.
Dan had spent most of his childhood years on the farms his grandfathers owned and had never had an opportunity to learn how to swim. He wasn’t afraid to wade around in the lake, though, because the water was shallow near the shoreline. He and Ring set out one morning by themselves to play in and about the lake. In the house, the adults were apparently unaware of their absence.
At first, the water seemed safely shallow, but suddenly the tide came in, and Dan noticed the sand was shifting beneath his feet and the water was getting higher on his chest. He began hopping up and down and trying to make his way back to shore. Ring seemed to know that Dan was in trouble and swam out to him, making it possible for Dan to hold on to his fur while he brought Dan safely back to firmer ground.
Dan’s aunt was so proud of Ring that she had his portrait painted, and it was among the things she left Dan in her will. I proudly hang it in our family room, because if not for Ring, I might not have Dan, and if I didn’t have Dan, I wouldn’t have four children, ten grandchildren and a lot of good memories as well.
Some people appear to have this kind of empathetic extra sensory perception too. The most famous of these may be Harriet Tubman, who ran an underground railroad, helping countless slaves escape to safety and freedom in the North.
Harriet believed that God would send a message to her through her dreams, telling her when and where to go, and when to lie low instead. Even though she suffered occasional blackouts, the result of having once been hit in the head by her white owner, she trusted God completely. She never lost a single slave, whereas other slave runners were not as successful. Harriet Tubman tops my list of historical “Sheros” because that kind of trust requires exceptional courage.
Extrasensory perception seems like a miracle, but maybe what seems like a miracle has a scientific explanation, but we just don’t know what it is.