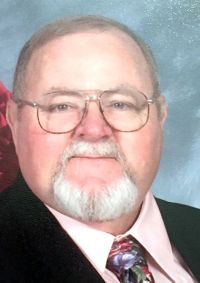 Terry Michael Mayo age 65 of Marianna passed away on Monday, February 25, 2019 after a long illness.

He was born in Marianna, FL to the late Delma and Lillie Mayo of Alford, FL. He was preceded in death by his parents and one sister, Sandra Mayo Kent.

Terry graduated from Cottondale High School in 1971 and began a career of Furniture Manufacturing with Lehigh Furniture and furthered his career as plant manager at Redwood in Headland, AL and Generation 2 in Dothan, AL. Terry was known for his beautiful lead voice in several groups with the most recent being the Gospeltones. Terry also had served as Grand Master of Cottondale Blue Lodge and was the Royal Patron for the State of Florida 2004. He was a member of Salem Freewill Baptist Church where he served on the Board of Trustees and loved serving the Lord.

Services for Terry will be held at 2:00 PM, Thursday, February 28, 2019 at Salem Freewill Baptist Church with Pastor Ronnie Wright and Pastor J.W. Watson officiating. Interment will follow in Bethlehem Baptist Church Cemetery. The family will receive friends on Wednesday, February 27, 2019 from 5:00 PM to 8:00 PM in the Marianna Chapel Funeral Home.

Marianna Chapel Funeral Home is in charge of arrangements. Expressions of sympathy may be submitted online at www.mariannachapelfh.com.