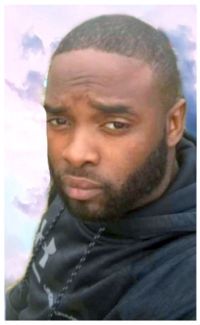 Stefan Dewayne Lewis was born July 15, 1989 to Vince Lewis and Darlene Lewis, in Tallahassee, FL. On Sunday, April 21, 2019 the Lord called him home to receive his eternal reward.

Stefan received his formal education in the public school systems in Florida and South Carolina. A 2008 graduate of West Gadsden High School in Greensboro, FL. Stefan enjoyed motorcycle riding, fishing, playing basketball, acting, and lying across the foot of his mother’s bed during chill time. He loved to challenge his family and friends to a game of basketball and often reminded his Carolina family that he never took an “L” in the Hemingway (Tigers) basketball uniform. He was an integralpart of Hemingway Middle School B Team who was undefeated and won the championship title in 2004. A beast on the court, Stefan played baseball well, however, he was an even better football player. Although he was not vocally gifted, he was a music enthusiast.

A Correctional Officer for the past eight years, Sgt. Lewis was employed by Liberty Correctional Institution and Quincy Annex. According to his colleagues, ‘he exemplified leadership and interpersonal skills that other officers emulated.’ Sgt. Lewis was a member of the prison’s Rapid Response Team and was known for “being at the front of the line when things went down.”

Stefan not only talked it, but he demonstrated the adage of “love is something you do.” He was afriendly, compassionate, and caring individual who absolutely loved his family and friends. He maintained some relationships established during his childhood, including those from summer visits and winter trips to Hemingway (Muddy Creek) SC.

Family members left to cherish the lasting impressions Stefan left through his warm, loving and jovial spirit are his: