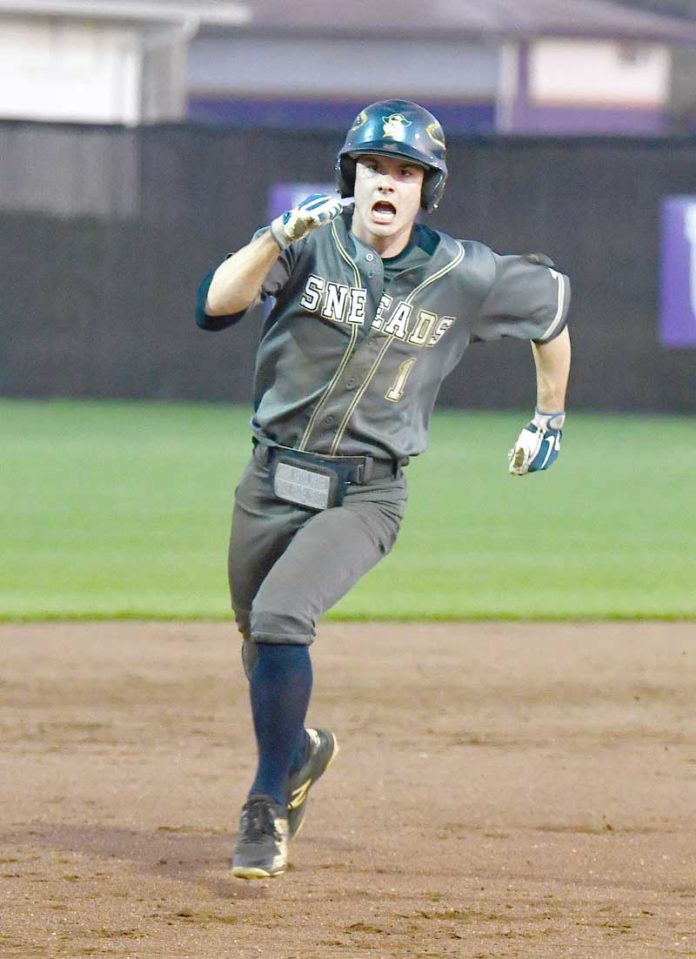 For the sports fan who loves a good defensive baseball game, Bulldog Field last Thursday night was the place to be. The Sneads Pirates paid a visit to the Marianna Bulldogs and it was a battle to the very last out. Senior Ben Wiggins was on the mound for the Bulldogs with coach Andy Shelton countering with FSU commit Colton Mercer. Both pitchers were on their ‘A’ game and pitch after pitch game the crowd plenty to cheer about. The difference in the 1-0 victory for Sneads was an error allowing the only run of the game.
Mercer went the distance for Marianna and picked up the win, giving up no runs on two hits, one walk, had one error committed behind him and fanned a dozen batters. Wiggins was right on the heels of Mercer, giving up one unearned run on one hit, one walk, one error committed behind him and struck out a half-dozen batters.
Sneads was three up and three down in the top of the first with Marianna’s Wilton Pittman reaching on an error with two outs. Pittman stole second but a grounder to short ended the inning.
In the top of the second inning, Zach Thomas reached first on a Bulldog error and moved to second when Wyatt Burch took one for the team. Parker Hayes sacrificed the runners to second and third to set up a sac fly to deep centerfield by McLane Baxter that scored Thomas. A groundout to second ended the inning with Sneads up 1-0. Marianna was three up, three down in the bottom of the frame.
Wiggins retired the next 10 batters before giving up a one-out walk in the sixth inning. Mercer sat down 11 batters in order before a two-out walk to Caleb Torbett broke up the streak of batters retired. Mercer knuckled down and K’d the next batter.
Sneads went down in order in the top of the seventh inning, taking a 1-0 lead into the final half inning. Brantley Willis became the hero with a leadoff single up the middle before Mercer sat the next batter down swinging. Ben Wiggins reached on an error to put runners on first and second. Coach Michael Mader went to the mound to gather his infield for a little settling down. A fielder’s choice by Cole Nobles landed him on first but moved Willis to third. Mercer fanned the last batter to secure the win for the visiting Pirates.