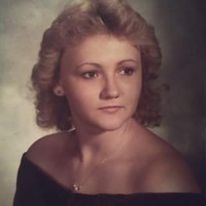 Shirley Faye Gibson, age 55, of Chattahoochee Florida gained her heavenly wings on February 21, 2022, with her son Aaron and her sister Marilyn by her side.

Shirley was born in Aurora, IL but made Chattahoochee her home many years ago, to know Shirley was to love her. Shirley loved her animals, Florida Gator football, her family and she adored her Grandson Anaken. Shirley had a sweet soul and kind spirit that will never be forgotten. Shirley was also very determined and strong willed which is why she was a Breast Cancer Survivor. Shirley touched so many lives with her thoughtfulness and giving personality.

Shirley was preceded in death by her father, Bernie Barfield, her mother, La Rue Barfield Stanford and her stepfather Luther Stanford.

Shirley is survived by one son, her pride and joy, Aaron Gibson (Corral); a sister Marilyn Barfield; one grandson, the light of her life, Anaken Gibson; and a granddaughter on the way. Shirley was also survived by nephews Christopher Barfield and Billy Howell (PJ) both of Chattahoochee; one great niece, Avery Howell; one great nephew, Drake Howell and a multitude of family and friends.  Shirley will be greatly missed by her family and many friends.

A memorial service celebrating Shirley’s life will be held at United Believers Worship Center in Grand Ridge, FL on March 5, 2022 at 5:00 pm CT.