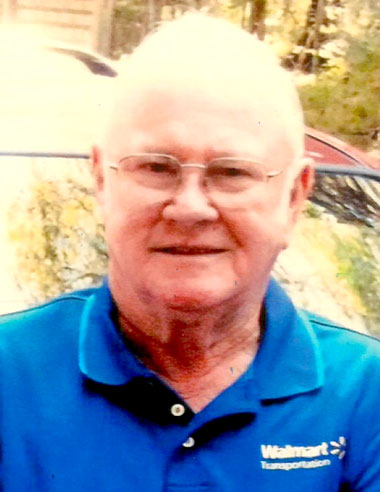 Sherman G. Baxley age 77 of Grand Ridge passed away on Saturday, November 16, 2019 in Jackson Hospital. He was born in Jackson County to Joseph and Winnie Baxley and was a member of Hillside Baptist Church. Mr. Baxley was a retired truck driver for Walmart and had been with Baxley and Son Battery Company for several years. He enjoyed Western movies and Nascar.
He was preceded in death by his parents, a sister Ruby McGee, seven brothers, Junior, Hosea, Cecil, Wayne, Ed, W.C. and Johnnie and two grandsons Trevor Baxley and Jermarre Jones.
Survivors include his wife, Vernell Baxley of Grand Ridge, sons Ricky Baxley (Cheryl) of Cypress and Tony Baxley (Tracy) of Marianna: daughters, Debbie Croft and Connie Jones (Vince) of Grand Ridge; grandchildren Michael Baxley, Chad Baxley, Blake Baxley, Devah Baxley, Logan Baxley, Jarrot Jones and Joshua Jones; great grandchildren Brookelyn Baxley, Madison Baxley, Gauge Baxley and Ryker Hall, Ranger Baxley and a host of nieces and nephews.
Services for Mr Baxley will be held on Tuesday November 19, 2019 at 2:00 P.M. at the Hillside Baptist Church with Rev. Dallas Ellis officiating with interment to follow in the Shady Grove Cemetery. The family will receive friends one hour prior to service time.
Marianna Chapel Funeral Home is in charge of arrangements.
Expressions of sympathy may be submitted online at www.mariannachapelfh.com.