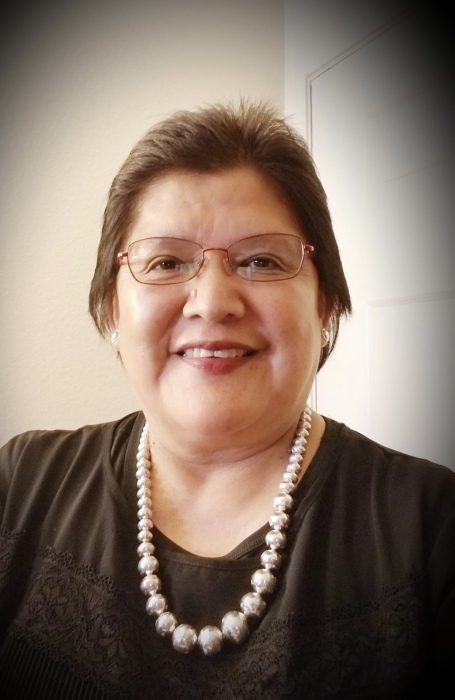 Neenah was born in Ganado, Arizona, on March 28, 1960, to the late Marie Elizabeth Wayno Brown, and John Capazoni. Neenah was reared in Klagetoh, Arizona.

Neenah graduated from Ganado High School (Go Hornets) in May 1978. She lived in Juneau, Alaska, where she met “Gator”, Donald Eugene Hester, and subsequently relocated to Marianna, Florida, in 1982.

Neenah was employed with Yukon Office Supply in Juneau, Alaska, and Don was stationed in Kodiak, Alaska, with the United States Coast Guard. It was love at first sight, and they got married on August 13, 1983.

Neenah was employed with National By-Products, West Point Piping, Selasco Sprinkler System, and the Federal Department of Justice (Federal Bureau of Prisons) where she retired. She coordinated and volunteered to make many events successful for Hope School, JCARC (Jackson County Association for Retarded Citizens), Sunland Center, Blood Drives, Back to School & Food Drives for the local community. Anyway she could give back, she did! Neenah loved sewing, crafts, music, sports, and collecting antiques.

Funeral services will be 11 A.M. Saturday, November 26, 2022 at Marianna Chapel Funeral Home with Pastor Isaac Fuentes and Betty Ibrahim officiating. Interment will be at a later date with full Navajo burial rites at St. Anne’s Mission in Klagetoh, Arizona.

The family will receive friends for a time of visitation from 10 A.M. until the time of service at Marianna Chapel Funeral Home.

In lieu of flowers, Neenah asks you to donate to Florida Cancer Affiliates, State Avenue, Panama City, Florida, or to the Quilting Club “Bizzie Bees” in Blountstown, Florida.