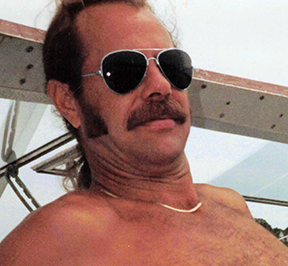 Ronnie was the son of J. D. Davis and Bonnie Dodd Davis. He was born in Hayti, Missouri in 1950. Ronnie entered the United States ARMY in 1969 where he proudly served his country until 1971. After his honorable discharge from the ARMY, Ronnie resided in Michigan for a while before moving to Florida in 1991. He loved working with his hands and was a carpenter by trade. He enjoyed nothing more than fishing or riding his Harley. Ronnie loved music, his radio was always on and tuned into a sixties or seventies music station. His family and friends circle was small, but one could not find a more steadfast friend than Ronnie. He was always willing to help a family member or friend in need. He was a good person who enjoyed a simple life. He worked hard and played hard. Ronnie will be missed deeply by all who knew him.

Ronnie was preceded in death by his parents; and two sisters, Carol Hunter and Faye Brasher.