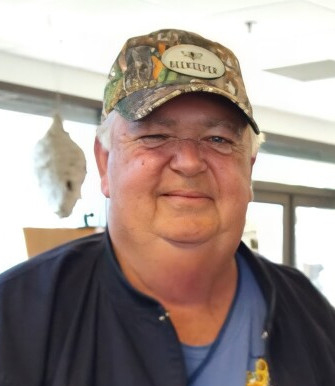 Roger David McDonald, age 67, of DeFuniak Springs, Florida, passed away Tuesday, August 23, 2022 at North Okaloosa Medical Center in Crestview, Florida surrounded by his loved ones. He was born October 7, 1954 in DeFuniak Springs, to Clarence Porter McDonald and Johnnie Mae Casey McDonald. Roger was raised in the Methobapterian Churches in Red Bay, Florida and became a Christian in early adulthood. After graduating from Walton High School in 1972, Roger received a degree in Food and Resource Economics from the University of Florida. Roger and his wife, Marcia, raised their family in Marianna, Florida, being a part of that community for forty years. Always enjoying young people, Roger coached youth baseball and soccer, touching many lives and leaving the kids with hilarious tales and Rogerisms. When he wasn’t outside playing basketball, throwing a baseball, building forts, fixing bicycles, and airing up tires and balls; he could be found having tea parties and playing dolls with the girls. Loving agriculture and conservation, Roger worked in Agriculture Finance, tractor and equipment sales, and timber; as well as owning McDonald Hauling. Following retirement, he and Marcia returned to their childhood hometown, DeFuniak Springs, and enjoyed reconnecting with childhood friends. His Tuesday evenings were reserved for “cousin pool” as he gathered with cousins and lifelong friends in Red Bay and they shot pool and enjoyed each other’s cooking. Roger loved his family, the Florida Gators, and cooking. His hobbies included deer hunting, fishing, gardening, and working in his blueberry patch. Beekeeping was his passion. He enjoyed every aspect of beekeeping and felt that educating others about the importance of bees was essential. He was an active member of several local and state bee associations.

In lieu of flowers, the family asks that donations be made to First Baptist Church of DeFuniak Springs Pregnancy Center.

Arrangements and services are under the direction of Davis-Watkins Funeral Home and Crematory.