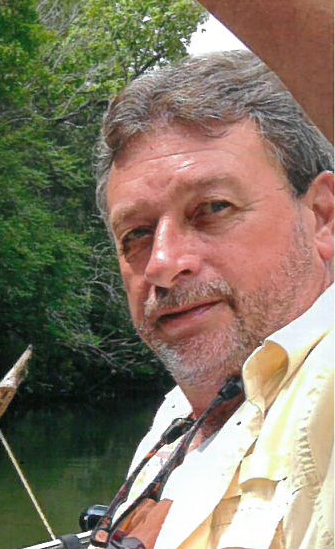 Robert Michael Barber, affectionately known as “Mike” of Marianna, FL passed away on Tuesday, June 9, 2020 in Jackson Hospital after a long a courageous battle with ALS, the Lou Gehrig’s Disease.

Mike was born in Donalsonville, GA on May 27, 1959 to Mr. Ferrell Barber and the late Jeanette Finney Barber. He was a lifelong resident of Jackson County, FL. He was educated in the public-school system of Jackson County and graduated in the class of 1977 from Marianna High School.

Realizing the need to provide for his family Mike secured employment at Sunland Marianna where he worked as a house parent. He later attended Chipola Junior College and received his certification as a corrections officer. He was employed with the Florida Department of Corrections and retired from Malone Correctional Institution on July 31, 2014 after 35 years of service.

Mike met the love of his life, Ms. Deborah Daniels in 1976 and married. They enjoyed almost 40 years of marriage together. This union yielded two sons that Mike truly thought the world of.
Mike was a true outdoorsman as he loved gardening, fishing, and hunting. One of his favorite outdoor activities was watching his sons play baseball and riding his granddaughters on the four-wheeler and side by side.

Although Mike was soft spoken and did not talk much, he loved hard and would help anyone he could.

He was preceded in death by his mother, Mrs. Jeanette Barber, and his mother-in-law, Mrs. Dorothy Daniels. These two ladies Mike absolutely cherished.

Left to mourn his passing, yet rejoice in the memories of his wonderful life is his loving, devoted, and caring wife of almost 40 years, Mrs. Deborah Daniels Barber; two sons, Jason Barber and his wife Kim, and their daughter Timberlynn, and Jeremy Barber and his daughter Brantlee Ann, all of Marianna, FL. His father, Mr. Ferrell Barber of Marianna, FL; one sister, Sandra Avant and husband Rodney of Tallahassee, FL. His father-in-law, Mr. Buddy Daniels, and a brother-in-law Garry Daniels, both of Grand Ridge, FL.

Funeral services for Mike will be held at 11:00 a.m. on Friday, June 12, 2020 in the Marianna Chapel Funeral Home with Pastor Juno Douglas officiating. Burial will follow in the Carpenter Cemetery in Grand Ridge, FL. A time of visitation will be held one hour prior to the funeral.
Flowers will be accepted or donations in memory of Mike can be made to medical research for a cure for ALS at (The ALS Association PO Box 37022 Boone, Iowa 50037-0022)
Marianna Chapel Funeral Home is in charge of the arrangements.

Expressions of sympathy may be submitted online at www.mariannachapelfh.com.