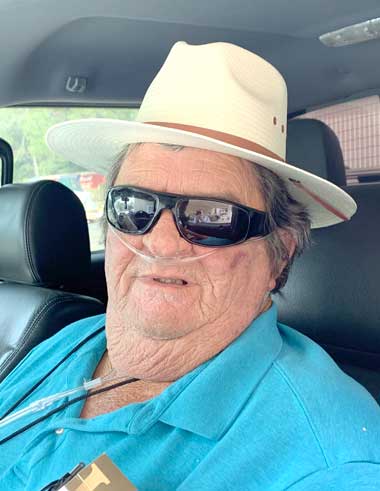 Robert Lee Bush, 73, of the Poplar Springs Community, Graceville, Florida passed away Saturday, December 14, 2019 at his residence.
Robert was born December 11, 1946 in Holmes County, Florida to the late Broward Bush and Jewel Walker Bush. A U. S. Marine Veteran, Robert owned and operated Bush Motors, Bush and Jones Irrigation, Bush Well Drilling, and a True Value store all in the Lake Placid area for a number of years before moving back to North Florida in 1994. He opened Bush Services, Inc. in 2004 with his wife Helen and son Greg. The business will continue to be family owned and operated by his wife, son, daughter and grandchildren.
The graveside service will be held at 11 a.m., Saturday, December 21, 2019 at the Brown-Bush-Tindell Cemetery located at 3635 Bush Road Graceville, FL 32440. Bro. Steve Etheridge will be officiating and James & Lipford Funeral Home in Graceville are directing.
Predeceased by parents, nine brothers and sisters: Bill, James, Jean, Frank, Tommy, Harry, Maureen, Katrine and Judy.
Robert is survived by his wife Helen Bush, son Greg Bush, daughter Lynn Bacon, Graceville; brother Charles Walker, Lynn Haven, FL; five grandchildren Corey Bacon, Chelsea Rivera (Alex), Brannon Bush, Breanna Bush, Bailey Bush, one great grandson Ryland Lee Rivera; including a host of nieces, nephews and cousins. Anyone wishing to join the celebration of his life is welcome to come. There will be a meal provided after the service.
Expressions of sympathy and remembrances can be made at www.jamesandlipford.com