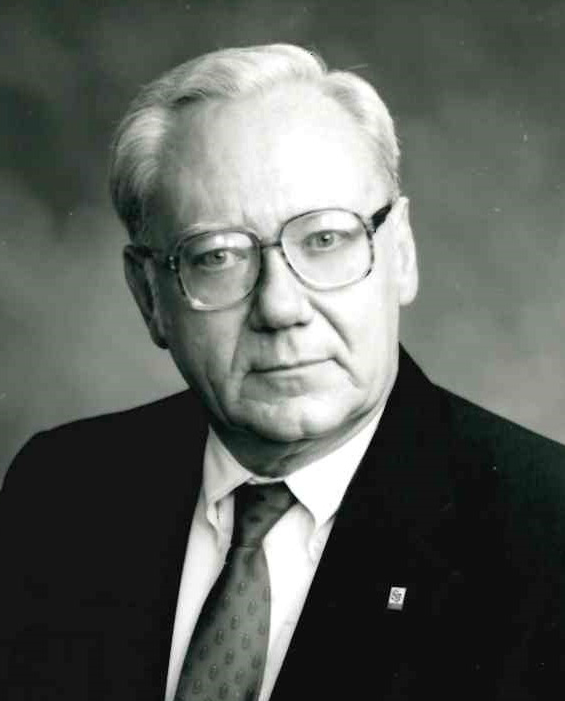 Robert Lee “Bob” McLendon, Jr., PhD, passed away on April 26, 2022 after a life dedicated to education and his community.

He was born in Marianna, Florida on July 23, 1937 to Dr. Robert Lee McLendon and Lucie Neel Dekle McLendon.

Affectionately known as “Dr. Bob” to his many friends, he received his Bachelor of Science from Florida Southern College, where he was inducted into Beta Beta Beta Biological Honor Society. He received his Master of Science and Doctor of Philosophy from The Florida State University, where he was appointed to a prestigious Kellogg Fellowship. He was a member of Pi Kappa Alpha fraternity.

While President of SJRCC, he grew the college from one to three campuses serving Putnam, Clay, and St. Johns counties. Notable programs added during his tenure include The Florida School of the Arts, The Higgins-Solomon Criminal Justice Center, the nursing program, and Thrasher-Horne Center for the Arts, among many others. Upon his retirement, he was named President Emeritus and the Palatka campus was named in his honor.

He was very active in the local community and was past president of the Putnam County Chamber of Commerce and the Palatka Rotary Club. He was the longtime chairman of the Capital City Bank of Palatka and served two terms as chairman of the North Central Florida Health Planning Council.

Among his many awards were being named a distinguished alumnus of The Florida State University, a fellow of Phi Theta Kappa, and a Paul Harris Fellow in Rotary. He received the James L. Wattenbarger Award, the highest honor from the Florida College System Council of Presidents.

Dr. McLendon is survived by his loving wife, Vivian Oliver McLendon. They met on a blind date 49 years ago arranged by their best friends, Judy and Joe Maltby, and were married a year later. He is also survived by his children, Lucie McLendon Little (Larry), Laura McLendon Beckler (Craig), and Matthew Dekle McLendon (Townes Coates), and his former son-in-law Greg Odom, as well as his four grandchildren, Gage and Stella Odom, and Joannah and Caleb Beckler.

In his last days, he took great joy in knowing many of his nurses trained at his beloved college. His legacy will live on in the countless students for whom he created opportunities as a fervent advocate for science, the arts, and public higher education.

Visitation will be Sunday, May 1, 2022 from 1-3 P.M. with the funeral service taking place at 3:00 P.M. at Johnson-Overturf Funeral Home in Palatka with Dr. Gilbert Evans and C.L. Overturf, Jr. officiating.

Services will also be livestreamed and may be accessed at Dr. McLendon’s Book of Memories page at www.johnsonoverturffunerals.com.

Memories and condolences may be expressed to the family at Dr. McLendon’s Book of Memories page at www.johnsonoverturffunerals.com.