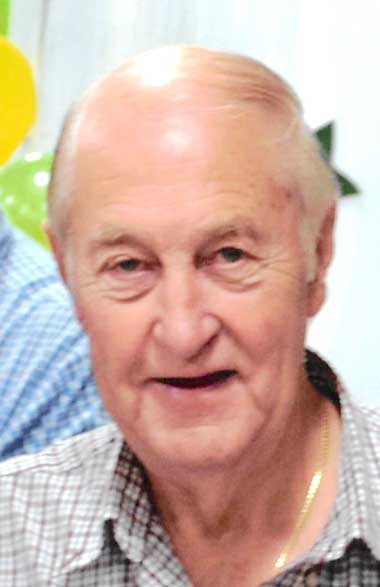 Robert “Buddy” Lawson Skipper, 83 of Noma, Florida, passed away Tuesday, December 3, 2019.
Mr. Buddy was born in Gordon, Alabama on December 19, 1935 to the late George Glover Skipper and Anne Elizabeth Dickens Skipper. A U. S. Navy Veteran, Mr. Buddy was Owner/Operator of West Florida Enterprises, Western Auto/Family Mart, Skippers LTD Used Car Lot. He was the Mayor of Noma and was very instrumental in getting grants for the town. He was a longtime member of the Graceville Masonic Lodge #284 F. & A.M. once dissolved he then becoming a member of the Bethlehem Masonic Lodge #276 F. & A.M. Mr. Buddy was a member of the Shaddai Shrine Temple in Panama City and he along with several others formed and became charter members of the Panhandle Shrine Club in Chipley, FL.
Funeral services will be held at 2 p.m., Friday, December 6, 2019 at the Noma Assembly of God Church with Rev. Clyde Smith officiating. Burial will follow in Noma Cemetery with James & Lipford Funeral Home in Graceville directing.
Family will receive friends at Noma Assembly of God Church, 1 p.m. until time of service.
Preceded in death by his parents and one sister Frances Merritt.
Survived by his beloved wife of 61 years Mary Alice Skipper, four children Patricia Cochran, Andy (Nancy) Skipper, Randy (Mary) Skipper, Greg (Renae) Skipper all of Noma; one brother Terry “Bear” Skipper, Noma; and one Aunt Grace Rathel, Bascom, FL; four grandchildren Ashley Skipper, Garet (Presley) Skipper. Courtney Cochran, Lana Skipper; two great grandchildren Makinlee Skipper, Audrey Skipper; and special fur-baby “Lady”.
Expressions of sympathy can be made at www.jamesandlipford.com