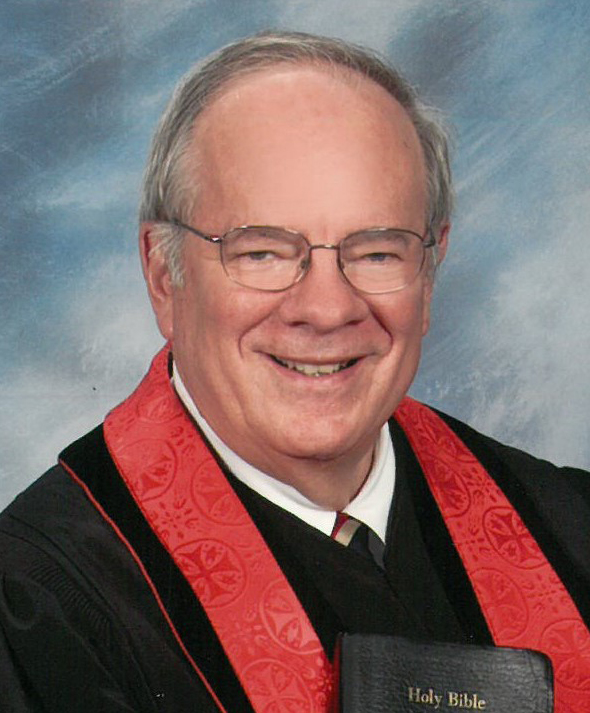 Robert A. (Bob) Calvert died June 25, 2020 at his home in Marianna, Florida. He is preceded in death by parents Robert A. Calvert, Sr. and Anne Robbins Calvert; sisters Barbara Respess and Elinor Eaves; and granddaughter April Joy Grant.

Surviving relatives are his wife Sandy, his daughters Barbara Grant (Fred), Andrea Butler and stepchildren Julie Yarbrough, Jonny Yarbrough, Jena Poole and Jennifer Ramsey (Paul), along with 13 grandchildren and 8 great grandchildren as well as numerous nieces and nephews.
Bob was born in Atlanta, GA December 19, 1939. In 2003 he and his wife Sandy moved to Alford, FL to live in their retirement “dream” home. His retirement was short-lived after he surrendered to the call to ministry that had been placed on his heart as a young man. At age 21 he was ordained as a Local Pastor by the Peachtree Road United Methodist Church in Atlanta, GA. However, his career took a different direction later as he began work in the banking business where he remained for over 30 years.

Pastor James Vickery of the Cypress Creek Community Church in Alford, was instrumental in drawing Bob back to his original call, encouraging him to enter the ministry, recognizing his God-given gifts, and Bob was Ordained to a Gospel Ministry there in 2004.

In 2011 it became necessary for him to retire from active ministry because of health issues, but he continued to attend seminary, finally receiving his Master of Divinity degree from Asbury Theological Seminary in 2012.

In 2013 Bob and Sandy sold their home in Alford and moved to Marianna, Florida to be closer to his health providers.

His drive and determination, along with a love of learning, resulted in a life lived to the fullest. Some of the challenges he faced and overcame were: long-distance running, participating in several marathons including the Boston Marathon, earning a black belt in Tae Kwon Do, and hiking the Appalachian trail. All with a positive mental attitude and a cheerful spirit. Bob had two favorite mottos: “Expect the Best!” and “Never Give Up”.
These would serve him well through a difficult illness and a steady decline in his seemingly never-ending energy and endurance.

It was a long, difficult journey and there were people always ready to help him along the way. The love and encouragement from our several church “families”, and the compassion and care extended to him by Dr. Stephen Spence and his staff at Internal Medicine helped to ease the burden. Those who visited, called, sent cards and generally showed him love and support were deeply appreciated.

Marianna Chapel Funeral Home is in charge of the arrangements.
Expressions of sympathy may be submitted online at www.mariannachapelfh.com.