Mr. Richard Earl Manning, 49, of Sneads, FL died Saturday, February 29, 2020 at Jackson Hospital.
Richard was born December 7, 1970 in Defuniak Springs, FL to the late David and Stacey Herbert. He worked for the State of Florida with the Department of Corrections and later with the Sneads Police Department. He then became a truck driver for Anderson Columbia and later a part time driver for a local company. Richard loved fishing, coaching baseball teams, and most of all, spending time with his grandchildren.
He was preceded in death by his parents.
Richard is survived by his wife, Lisa Manning; two daughters, Martha Mallory of Sneads and Veronica Marrie of North Carolina; three sons, Jeromy Hicks and Jerath Hicks of Sneads and Lawrence Hicks of Oklahoma; one brother, Sean Manning and his girlfriend, Stacy Jean Kopp and daughter, Sarah Allyson; 15 grandchildren and a host of nieces, nephews, and cousins.
A private family service will be held at a later date. James & Sikes Funeral Home Maddox Chapel is in charge of arrangements.
Expressions of sympathy may be made online at www.jamesandsikesfuneralhomes.com 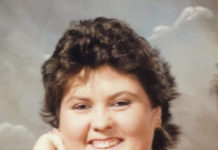