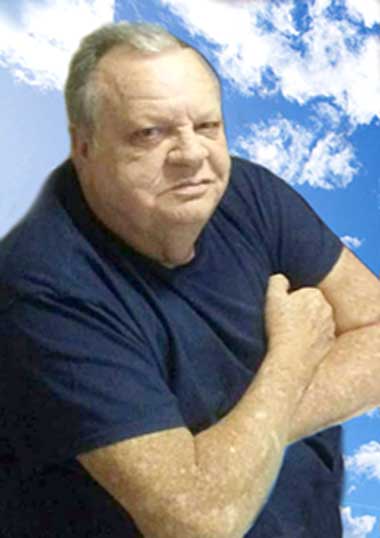 Raymond Russell Watson, 75, of Altha, passed away Monday, January 27, 2020, at his home surrounded by his family. Raymond was born in Alford, Florida on December 29, 1944, to the late W.T. and Idella (Ayers) Watson. He served his country in the United States Army and was a long time deputy with the Gulf County Sheriff’s Department. He retired from Panhandle Tractor in Marianna, Florida, where he was a diesel mechanic for many years. Raymond loved working with his hands, restoring antique vehicles, as well as any woodworking project.
Other than his parents, he is preceded in death by his brothers, Leroy, Charles, Hubert, Harvey, Ray “Barney”, Carl, and Roland Watson, his sister Dorothy Jones, and fathers in law, Jeff Dykes and Paul Bratcher, and daughter in law, Cathy Reagan.
Survivors include his wife of 41 years, Alice Diane Watson, his daughter Vanessa Shelley and her husband, Teddy of Cottondale; his sons, Russell Watson and his wife Cristy of Marianna, Jackie Reagan II of Altha, Jay Reagan and his wife Kam of Inverness, Florida, and Jamie Reagan and his wife, Renee of Altha; his sisters, Mae Arnette of Pensacola and Frances Williamson of Warner Robins, Georgia; nineteen grandchildren and twenty one great grandchildren; mothers in law, Barbara Bratcher and Jewel Dykes, as well and many nieces and nephews and other extended family. He will be missed by all that knew him.
Services to honor and celebrate Raymond’s life will be held Thursday, January 30, 2020 at 11:00 a.m. CST at Adams Funeral Home Chapel in Blountstown, with his nephew, J.W. Watson and Tim Brown officiating. Interment will follow at Holly Hill Cemetery in Port St. Joe, with military honors, at 2:00 p.m. CST. The family will receive friends one hour prior to services at the funeral home on Thursday.
Adams Funeral Home is in charge of the arrangements. Online condolences may be made on our website, Adamsfh.com. 850-674-5449