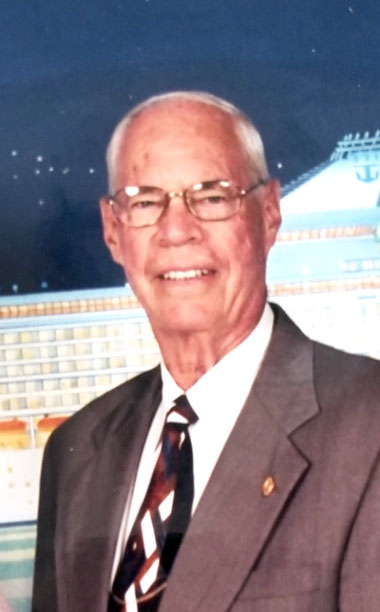 He was born to Rainey G. Russell, Sr. and Edna Stoutamire Russell on August 2, 1931, in Tallahassee, Florida.  In 1950, Mr. Russell enlisted in the U.S. Navy, serving 4 years during the Korean Conflict.  He was assigned to the Amphibious Force, spending most of his service time on an LST.  After his discharge from the Navy, he married Ramona Grimes, of Tallahassee, and joined the Florida Highway Patrol.  He and Ramona began their lives together stationed in Miami.  From there, he was transferred to Belle Glade, Jasper, and Pensacola, then finally moving to Marianna in 1965, where the family made their permanent home.  During his tenure with the Florida Highway Patrol, Mr. Russell also taught law enforcement classes at Chipola College for 10 years and was a fire arms instructor for 12 years. After 33 years of service, he retired from FHP in 1987 as District Commander at the rank of Captain.

Mr. Russell was very active at First Assembly of God of Marianna, serving as a board member for 32 years and an Adult Sunday School teacher for 48 years.  He was also a Royal Rangers Commander, Men’s Fellowship Leader, and enjoyed many years singing in the choir.

The family will receive friends one and a half hours prior to the service, beginning at 9:30 at James & Sikes Funeral Home Maddox Chapel.

The family is accepting flowers or a donation to the charity of your choice.