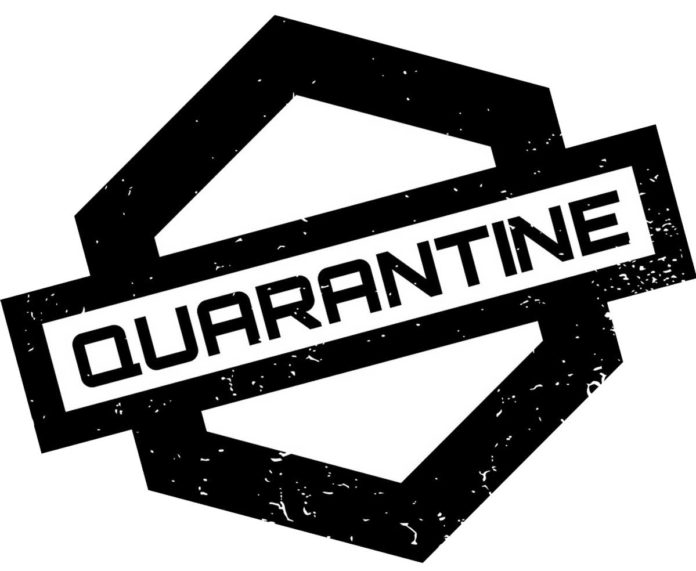 When she was a toddler, our daughter Anne, was bitten by a neighbor’s dog. We took Anne to the doctor, who stitched up her lip, but also placed the neighbor’s dog under quarantine. This made the neighbor very angry at us, even though she was the one who opened her own gate, thus allowing the dog to run out and attack Anne.
Nobody likes being quarantined or having a pet or family member placed in one, but right now, a great many people are either being quarantined by doctors or choose to self-quarantine. I was surprised to read that Jackson County had been given an F grade for being uncooperative with what is now called “social distancing.”
I have been practicing social distancing for the past three years due to having a chronic, low white cell count. Even though I miss being able to go to church, movies or celebrations of any kind, I have learned to live with it. It isn’t all bad. Not observing the rules of social distancing can be fatal, though, as many people have learned the hard way.
If we used the Biblical word, plague instead of the word Pandemic, maybe people would take it more seriously. The Black Death, which surfaced in 1347 taught Europeans one thing: that it had something to do with proximity, so people with symptoms were put in isolation, known in Venetian law as trentino. As time went on, trentino was enforced for forty days and was given the new name of Quarantine. The greater plague of 1665 took the lives of 100, 000 people in London in just seven months.
In one small village, no one was left alive but one woman, a laundress who scrubbed all the bedding and clothing of the sick villagers in hot, soapy water. Noticing that her survival may have had something to do with cleanliness caused doctors to begin instructing their patients to practice absolute cleanliness in all things. They too, began thoroughly washing their hands and arms before practicing surgery.
Absolute cleanliness is hard to come by. I had a doctor’s appointment, so wore gloves, but the gloves touched contaminated surfaces too. At home, I touch everything from the computer keyboard to the faucet handle on the kitchen sink. If I was infected with the virus, anybody who touched the knob of my front or back door could catch it.
My neighbors seem to have a soft spot for older people like me, so they bring me food but leave it on the front porch or back steps, letting me know when they will do it. Our grandchildren do the same. This modern-day plague seems to bring out the kindness inherent in more people than not.
As I can’t attend church services anymore, I was surprised and delighted to find a card in the mail from another member I didn’t know. The pastor gave her my name and address, so she had her four-year-old daughter, Julia, paint the card in bright colors and send it to me. I was delighted, so wrote a thank you card to both mother and daughter and said I hoped to meet them someday when this disaster is finally over.
It isn’t just mothers who are keeping their children busy at home these days. A good many dads are also grounded for the duration, and some are helping keep their kids entertained. A young father we know sent a video showing him playing with his small children. He would stretch out, prone on the floor and let his toddler jump over him. Then he pulled himself up into a crouched position, so the little boy could crawl under him. The routine of jump, crawl and jump again went on until they were both exhausted.
We have many friends in both Arizona and California, but with the three-hour time difference, we don’t call very often because our friends are either asleep or at work while we are doing the opposite. With so many quarantined for the duration, we are more apt to catch them at home now, so have kept ourselves occupied with telephone calls to people we usually send Christmas cards to. Talking in person is more fun.
The more things change, the more they remain the same. When life hands us a lemon, we can still make lemonade.