Philip Edward Thomas age 79 of Alford passed away on September 10, 2020 at his home. Philip was born in Waverly, Kentucky on June 17, 1942 to the late John A. and Virginia L. Thomas. He has been a resident of Alford since 2001 moving there from Sullivan, Indiana. He was of the Catholic faith and a member of St. Anne’s Catholic Church. Philip was a Fourth Degree member with the Knights of Columbus, and the Amvets Post 231 of Fountain, FL. He was an avid outdoorsman who enjoyed gardening, yard work, playing golf. He also enjoyed using a scroll saw.

Graveside services for Philip will be held at a later date at St. Joseph Catholic Cemetery in Evansville, Indiana.

Marianna Chapel Funeral Home is in charge of arrangements.

Expressions of sympathy may be submitted online at www.mariannchapelfh.com. 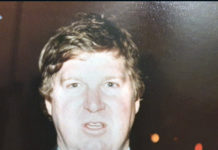