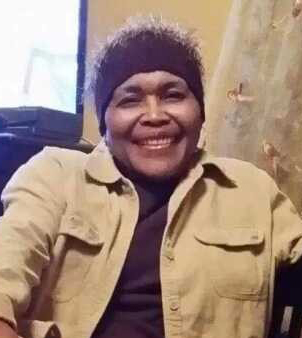 Pastor Christine W. Johnson, 81, was unexpectedly called home to meet Jesus face to face on Monday, August 17, 2020 at Northwest Florida Community Hospital-Chipley, Florida . She resided in Marianna, FL prior to moving to Graceville, Florida to live with her daughter Kim.

Pastor Christine W. Johnson, also known as Pastor Chris and/or “MeMe” was born on March 5, 1939 in Marianna, Florida to the late Vesia Lee (Hayes) Wadsworth and Alto Wadsworth Sr. She and her siblings lost their parents at a young age and were taken in and raised by their loving grandmother, Mary Whiddon.

She graduated from Jackson County Training School in 1956 and eventually left Marianna to work in New York as a housekeeper to provide for her children. She later moved to Dallas, Texas to be with her older sister Mary in search of a better life. There, with the help of Theroy and Mildred White, she found work at the Veterans Administration and was able to attend Vocational School and became a Licensed Vocational Nurse. She loved being a nurse and often spoke of how she enjoyed working with the veterans who were returning from Vietnam. In 1971, She and her family moved to Greystone Park, New Jersey where she worked as a psychiatric nurse until becoming injured on her job. From an early age, she felt the spirit of the Lord dealing with her heart but it wasn’t until February 14, 1984 that she was not only born again, but she was filled with the Holy Ghost with the evidence of speaking in tongues. Her life would never be the same.  There she made a host of life-long friends and began spreading the gospel of Christ immediately after her conversion. She often told her testimony and how the Lord told her to feed his sheep. She was a bible scholar and spent every day in the word of God studying her bible. She emphatically believed in the word of God, even in her very last moments she was giving God praise and lifting her hands to heaven.

Pastor Christine W. Johnson pastored multiple ministries to also include starting several women fellowships. She pastored Wayside Faith Church of Deliverance-Dover, New Jersey, Set Free in Christ Ministries-Marianna, Florida, Love, Heritage in Christ Ministries-Marianna, Florida, and Restoration-Marianna, Florida. She was always illuminated everywhere she went and was truly “A soldier for the Lord.”   Her desire was to be like Jesus, and to serve in any capacity from worship, to evangelizing, pastoring, praying, teaching, and moving in compassion.

Her life was filled with monumental achievements and divine interruptions; through it all her faith remained anchored by the everlasting legacy that was instilled within her as a young child. For 36+ years she sought to further the kingdom of God by spreading the word of the God though her preaching, teaching, and evangelizing through the spirit of love. Everything she did, she did through God’s love.  She truly loved her family and enjoyed spending time with her children, grandchildren and had a special hand in rearing grandchildren-Christopher, Gerran, Kristian, Jerrai, Kiandre’, and Cameron, and  host great grandchildren. She was a mother and “MeMe” to many. She used every opportunity given to her to encourage those she came in contact with or simply share Gods word.  Out of obedience to the Holy Spirit, she made a profound impact on the people she encountered whether in the grocery store, the dollar store, the doctors office, the hospital, the pulpit or while out doing anything-she was never to busy to pray, encourage, show love. She was a true servant in every sense of the word as she had a deep love for people, particularly the “un-loveable.”  Her favorite saying was, “what would Jesus do?” And she would answer, “He was always moved with compassion.”

While we are heartbroken to have lost our mother, grandmother, sister, aunt, friend, we know that she gained her crown and she is walking around heaven with her mother, father, sisters, and brother, and her friends who have gone before her. Through all the heartache, physical pain, trials and tribulations, she was determined to see Jesus and her faith never failed. She may have lost the battle on this side, but she got the victory of eternal life.  Thereby we say, “O death, where is thy sting? O grave, where is thy victory?” (I Corinthians 15:55)

Funeral services will be graveside on Monday, August 24, 2020 at 10:00 am, Christian Memorial Chapel directing