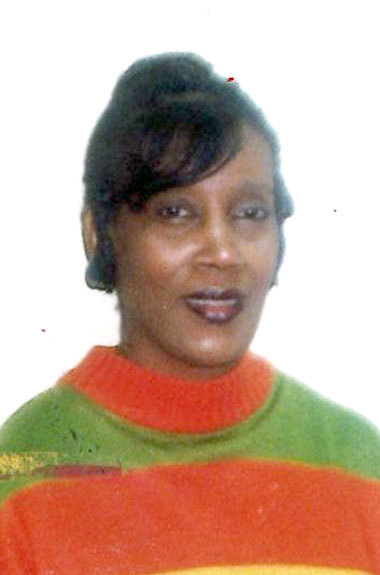 Mrs. Myra Sue Cody, 67, of Dothan went home to be with the Lord on Friday, October 4, 2019 at her home surrounded by her loving and devoted family.
Mrs. Cody was a retired educator at Cottonwood High School in Cottonwood, Alabama and a member of Union Hill Missionary Baptist Church of Cottonwood, Alabama.
She is survived by her husband, Alexander Cody and son, Jason Cody both of Dothan, AL; sisters: Rita and Helen Coleman; brothers: Alexander and Herbert Coleman; grands, in-laws, nieces, nephews, other relatives and friends.
Visitation will be Saturday, October 12, 2019 from 10:00 until 10:45 am at Union Hill Missionary Baptist Church in Cottonwood, Alabama.
A celebration of life will began at 11 am, Saturday, October 12, 2019 in the Union Hill Missionary Baptist Church sanctuary, 1499 Dyras Road, Cottonwood, Alabama.
Mrs. Cody will be laid to rest in the church cemetery under the directions of Christian Memorial Chapel of Graceville, FL. For condolences and floral tribute please visit: www.pittmanchristianmemorial.com

Bobby Gene Jackson, 77, of Cypress died Friday, October 4, 2019 at Southeast Alabama Medical Center in Dothan.
Bobby was native and lifelong resident of Jackson County, Fl., born November 10, 1941 to the late Murray Jackson and late Pearl Daniels Jackson. His career was in management of IGA Grocery Stores. He enjoyed riding horses and working with carpentry work for others. Bobby had a great memory, he enjoyed being the family historian, remembering and telling many old family stories.
In addition to his parents, Bobby is preceded in death by one brother, Murray Junior Jackson; one sister, Deloris Jackson Horne; his son, Michael Jackson.
Survivors include three sons, Gregory Jackson, Arnie Jackson both of Marianna, and Dwight Jackson of Dothan; two brothers, Garey Jackson of Marianna and Billy Jackson of Alford; six sisters, Annette Roberts, of Oklahoma City, Sara Medlock of Apex, NC, Daisy Brraentine of Marianna, Marge Nolin of Dothan, AL., Grace Bennett of Pensacola and Patricia Edwards of Clearmont, FL; seven grandchildren.
Funeral services will be at 10 am, Tuesday, October 8, 2019 at the chapel of James & Sikes Funeral Home with Rev. Roberts Johns officiating. Burial will follow in Cow Pen Pond Cemetery with James & Sikes Funeral Homes Maddox Chapel directing.
The family will receive friends, Tuesday at 9 am until funeral time at James & Sikes Maddox Chapel. www.jamesandsikesfuneralhomes.com 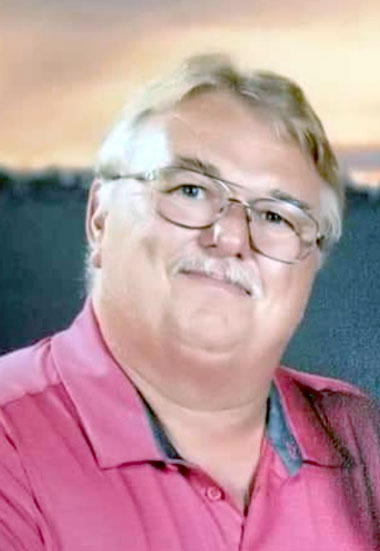 Wesley Allen Kutchey age 54 of Grand Ridge passed away on Friday, October 4, 2019 in Jackson Hospital. Wesley was born on July 31, 1965 in Michigan to the late David Kutchey and his mother Mary Dykes. He has lived most of his life in Grand Ridge where he was owner and operator of Kutchey’s Drywall. Wesley enjoyed hunting, fishing and spending his money in Biloxi. He also attended Salem Wesleyan Church in Sneads, Fl.
He was preceded in death by his father David Kutchey and his son Jarid Kutchey.
Wesley is survived by his mother Mary Dykes and step father Kenneth Dykes of Grand Ridge, step-mother Sandra Kutchey of Tennessee, his loving wife of 23 years Melynda Kutchey of Grand Ridge, daughters Tiara Kutchey of Grand Ridge, Brandy Coulliette of Grand Ridge, brothers Doug Dykes of Port St. Joe, Kenneth “Buddy” Dykes of Port St. Joe, David Dykes of Port Sr. Joe, David Kutchey of Michigan, Gerald Kutchey of Tennessee, and John Kutchey of Michigan, sisters Judy Bys of Jacksonville, Catrinia Willis (John) of Grand Ridge. Wesley is also survived by two grandchildren Shiley Coulliette, and Gabe Coulliette.
Services for Wesley will be held at 11:00 AM, Tuesday, October 8, 2019 in the Marianna Chapel Funeral Home. Interment will follow in Dykes Cemetery. Family will receive friends Monday, October 7, 2019 from 5:00 PM to 7:00 PM in the Marianna Chapel Funeral Home.
Marianna Chapel Funeral Home is in charge of arrangements.
Expressions of sympathy may be submitted online at www.mariannachapelfh.com.

On October 3, 2019, Robert R. Cloud passed away and went home to be with his Lord and Savior. Everyone knew him as Bob, the man who fixed lawnmowers. Bob was born on July 14, 1927 in the Paramore Community, Jackson County Florida. He entered the United States Navy when he was seventeen years old and served two years; after which, he enlisted with the United States Air Force and served twenty years, achieving the rank of Master Sergeant. During his time of serving our country in the military, Bob became a veteran of three foreign wars: WWII, Korean, Vietnam. In 1969, Bob retired and he and his family moved from Tennessee to Jackson County. Upon moving to Jackson County, Bob went to work for the State of Florida, Department of General Services Division of Surplus Property; where he spent twenty years and retired in 1989. He loved spending time outdoors and was an avid NASCAR fan. During race season you could always find him sitting in his recliner watching the races. Bob knew and had many friends and family members.
Bob is preceded in death by his Mom and Dad, Arlene and Wilton Cloud, brothers Doc, and Lawrence.
Surviving Bob is his immediate family; wife, Faye, sons David and Wade, granddaughters Jessie and Taylor, great grandchildren Aidyn, Oliver, Kaia. In addition, Bob is also survived by his sisters and brothers and their families; Novice, Justine, Gail, Risher, Cary, Grady. Bob impacted the lives of numerous people and his passing will leave a void in the lives of those closest to him. His family, although grieving, wants everyone to accompany them in rejoicing in the knowledge, Bob has earned his wings and is celebrating with his Lord, Jesus Christ.
Graveside Funeral services will be at 9 am Tuesday, October 8, 2019 at Pinecrest Memorial Gardens in Marianna with James & Sikes Funeral Home Maddox Chapel directing.
The family will receive friends from 5-7pm, Monday, October 7, 2019 at James & Sikes Funeral Home Maddox Chapel.
Condolences may be made online at www.jamesandsikesfuneralhomes.com 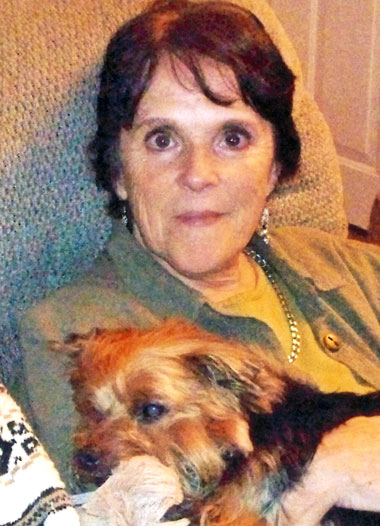 Donna Janice Kelsey, 63, departed this life on October 2, 2019 from a long term-illness. She was born on May 12, 1956. Janice, as commonly known, loved her flowers, animals and the ocean.
She is preceded in death by her mother, Mildred Riggs and her father, J.B. Wilson, a brother, Bobby Wilson, her sister, Carolyn Brock and step brother, Ricky Brogan. Janice is survived by her daughter, Shannon K. Mulkey and husband Jason of Blakely, GA, brother, Johnny B. Wilson and wife Shirley of Cornersville, TN, sister, Beverly Jo Tatum of Marianna, FL, special friend, Jimmie W. Boggs of Marianna, FL and her longtime friend Barbara Debolt of Somerville, TX.
Her orchids and her Yorkies were her biggest past time enjoyments along with shopping craft stores, re-furbishing furniture and home decorating. Memorialization will be by cremation. Brown Funeral Home of Chipley, FL is in charge of arrangements.
Family and friends may sign the online register at www.brownfh.net