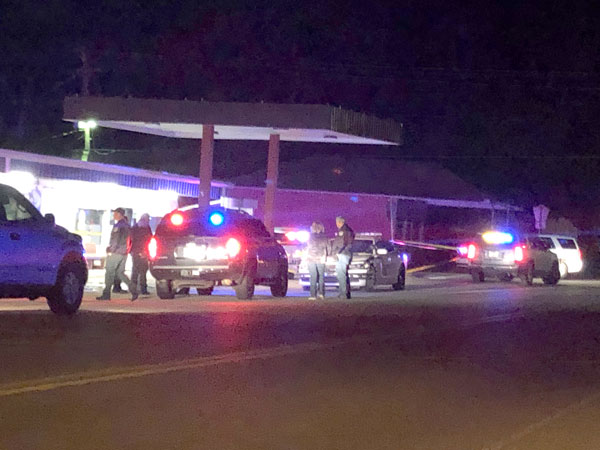 One man is dead in Jackson County after a pursuit led to shots being fired.

According to Jackson County Sheriff Lou Roberts, one of his deputies attempted to make a traffic stop in Marianna shortly after 8 o’clock on Thursday night.

Roberts says the driver of the vehicle failed to pull over for the marked vehicle but attempted to get away from law enforcement. This ensued a chase that came to an end in Bascom.

The suspect’s vehicle along with two Jackson County Sheriff’s Office vehicles crashed outside of the former Bryan’s Store located at Business Highway 164 and Neal’s Landing Road.

Roberts says shots were fired but he’s unsure at this time how many.

The driver of the vehicle was killed.

Roberts says at least four deputies were involved in the incident but it has not been determined who pulled the trigger that led to the death of the male who has yet to be identified.

No deputies were harmed in the incident.

All deputies involved are on paid administrative leave during the investigation.

The Florida Department of Law Enforcement arrived on the scene and will be handling the investigation.