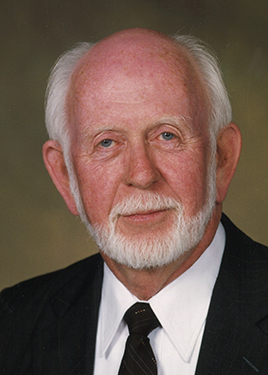 O.L. “Ole”Ellis Jr. age 85 of Chipley, Fl. passed from this life on September 12, 2021. His life was marked by service to his nation, his community, and his family.

Ole was born on a family farm near Carthage, Mississipi, on January 2, 1936, to O.L. Ellis, Sr., and Tessie Lee Gibson Ellis. Ole is a graduate of Vigor High School in Prichard, Albama. He attended Marion Military Institute and then transferred to the University of Southern Mississippi. He was honored as a Distinguished Military Graduate and earned a degree in marketing.

Upon his college graduation, Ole was commissioned as a Second Lieutenant in the United States Army. He later attended flight school and became a pilot. Ole served in staff and command positions around the United States, Europe, and Vietnam. Ole served two tours of duty in Vietnam during the Vietnam War. He received the Distinguished Flying Cross, the Air Medal (1967), and the Bronze Star Medal.

Ole was an outspoken advocate for economic development in the Florida Panhandle, and he was passionate about the success of his community. Ole retired from the Army in 1979 and began a second career as a Chamber of Commerce Economic Development Executive with the Washington County Chamber of Commerce in Chipley, Fl. He also served as Executive Director of the Bay County Committee of 100. During his years serving Washington and Bay Counties, he coordinated the recruitment and the location of numerous business and industry facilities. Ole also served as Interim City Manager for Chipley on two separate occasions.

Ole was an active member of the United Methodist Church in Chipley, Florida, for more than forty-five years. He served in various leadership positions and sang in choirs around the country.

Brown Funeral Home & Blue Lake Crematory of Chipley, FL is in charge of arrangements.  Family and friends may sign the online register at www.brownfh.net