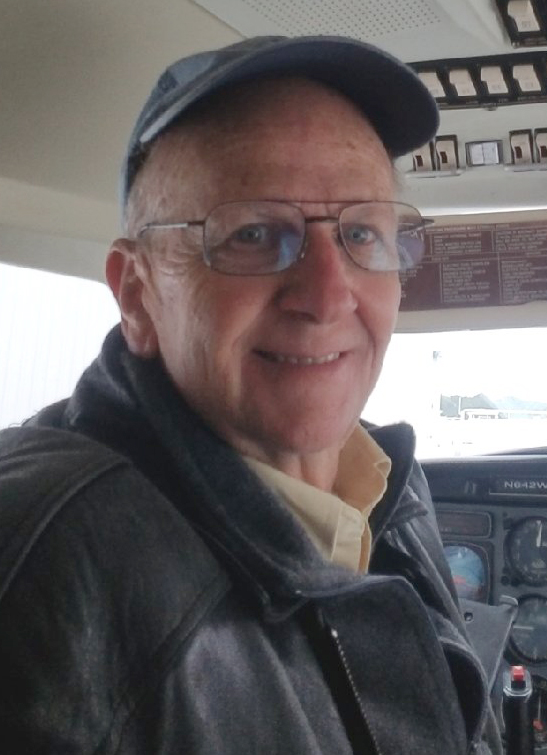 On August 15, 2021 Norman Henry Rich passed away after a lengthy illness in Bonifay, Florida, surrounded by his wife Alicia Zezula Rich and his family. Born in Bonifay on July 13, 1950, he was 71 years old. Graveside services were conducted on August 17, 2021 at the Bonifay Cemetery with Mark Bowman, Jim Jonas and Ross Statham officiating.

A man of the deepest faith and a lover of Bible study, he was always willing to lend a helping hand to others—whether family members, friends, or perfect strangers. An inspiration to all who knew him, his dry sense of humor, his love for telling stories and his ability to work with people of any background (from governors, senators and CEOs to airport linemen) were hallmarks of his character.

A 1968 graduate of Bonifay High School, he enlisted in the US Army and served four years in a classified intelligence role, primarily listening to and decoding enemy radio traffic. He had a combat tour in Vietnam with the 82nd Airborne Division from 1970-71 and an assignment in the DC area attached to the National Security Agency, achieving the rank of sergeant.

On returning to civilian life, he became a Florida Highway Patrolman and was stationed throughout Florida, serving with distinction. (He was on the team that was instrumental in capturing serial killer Ted Bundy in 1978 during an intensive national manhunt.)
Seeking to achieve his goal of becoming a professional pilot, he paid for initial pilot training out of his own savings while a highway patrolman. He later obtained additional instrument and multi-engine ratings using veteran benefits and then became a pilot with the Florida Highway Patrol, rising to the rank of Lieutenant. While in the highway patrol, he started his own air ambulance company (which he later sold). On his own, he became jet aircraft rated and flew air ambulance flights for a national carrier on a part-time basis.
Upon leaving the Highway Patrol, he flew passenger aircraft for Air Florida, a now-defunct national carrier. He then moved to Tallahassee to fly for Florida governor Bob Martinez. Using Governor Martinez’s letter of recommendation a few years later, he became a corporate pilot for BellSouth Corporation in Atlanta in 1989, flying multi-engine jets from Atlanta. When BellSouth was acquired by AT&T in 2006, he flew domestically and internationally from San Antonio, Texas. He was one of their select pilots used to fly AT&T senior executives, including their President and Chairman, to Europe, Asia and South America.

Upon early retirement at age 59, he moved back to Bonifay and continued to fly as needed for companies in the Florida panhandle. He also served for several years on the Tri-County Airport Board of Directors, where he was instrumental in the airport’s growth, its improved operations and its most recent ability to serve jet aircraft with a greatly increased runway that he helped to fund and develop. He worked closely with the FAA and Florida Department of Transportation and retired from the Board in 2020.

A man of deep faith, he used his skills to voluntarily design and build churches in which he was a member. These included new church buildings in north Atlanta, West Palm Beach and New Smyrna Beach, Florida. After returning to Bonifay, he was a member of the Chipley Church of Christ in Chipley, Florida where he was well loved and active.