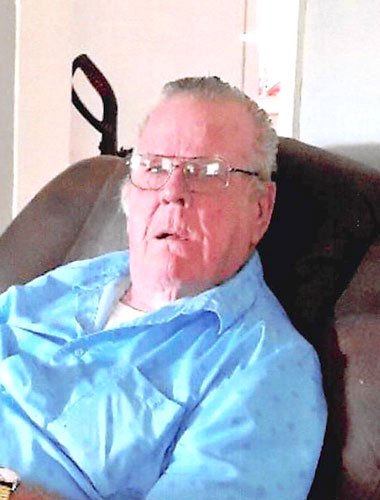 Norman Carl Boutwell, age 70, of Grand Ridge, FL received his angel wings on Saturday, November 2, 2019.
He was born in Cottondale, FL on June 6, 1948. Norman served in the Army as a young man and fought in the Vietnam War. His and all of the brothers and sisters in Arms sacrifices will never be forgotten. Norman spent most of his career as a truck driver. He was known best for being a jokester and for his stubbornness. He loved telling jokes, playing pranks, and most of all shooting the BULL.
He was preceded in death by his parents, Carlton Boutwell and Ruth Meadows; brother, Clayton Boutwell; sister, Jessie Barfield; and one grandchild.
Norman is survived by his wife, Sybil Boutwell; two sons, Carlton Boutwell (Angel), William Cook; sister, Joy Boutwell; five grandchildren and one great grandchild; many nieces, nephews, and cousins; step children, Amanda Payne, Maria Brackins, Freddy Brackins, Dalgie Brackins; 17 step grandchildren and 3 great grandchildren.
A memorial service will be 10 a.m. Monday, November 25, 2019 at James & Sikes Funeral Home Maddox Chapel with David Baldwin officiating.
The family will receive friends one hour prior to the service at James & Sikes Funeral Home Maddox Chapel.
Norman will be missed by many and remembered for bringing laughter to others and the love he had for his family.
Expressions of sympathy may be made online at www.jamesandsikesfuneralhomes.com