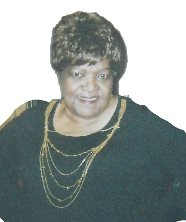 Noretha Robinson Hearns of Greenwood, Florida went home to be with the Lord on July 4, 2020.

She was born on Monday, December 23, 1940 in Campbellton, Florida to Major and Cartie Barkley Robinson. The fifth daughter of five, she was the family’s baby girl – so much so that to this day her sisters refer to her as “the baby.”

He father called her his sweet gal, and it was he who gave Noretha her longstanding nickname, “Sweeny.” We believe the nickname represented she was her father’s sweet baby girl.

As a young girl, Noretha became comfortable with being alone. She would play alone and make friends with animals. Her deep love of animals grew with every year of her life, and this animal love was evident in the way she treated the beloved dogs in her life: Sparky, Bug, Ginger, and her two grand dogs (smile), Yoshi and Tully.

She worked hard in school and in 1959 became a proud graduate of St. Paul High School, yet another place where she would build a large circle of love, this time with classmates and teachers.

At an early age, she met Coley Hearns who quickly became the love of her life. She was joined into Holy Matrimony to Coley Hearns. The two married and went on to spend 55 years together, both working for Florida State Hospital, and complementing each other as partners as they built a strong family foundation and home.

She accepted Christ into her life and was a member of McChapel African Methodist Episcopal Church, Marianna, Florida.

Noretha was a mother of two children, Carolyn Hearns and the late Coley Jerrold Hearns who became the lights of her life. Early in her motherhood she revealed that she knew she’d be a good mother simply because of her great love for them. She would also go on to have a strong unbreakable bond with her grandchildren – Teneshia Jackson Warner & Alexusia Hearns.

All who knew Noretha will forever remember her one of kind personality. A word that accurately describes her is “feisty.” She was quick witted, bossy, daring and always up for fun. Known as a very hard worker, she was also massively independent, bold, wise beyond her years, and always willing to speak her mind. Her great strength showed itself in many ways but none more than in her love for her friends and family. She created a home life of love, and all who came around could feel that love.

The most lasting feature of Noretha’s legacy is love, and her devotion to family and God were unwavering. The depth of her relationships with her husband, her sisters, her children, grandchildren, nieces, and nephews – all are grounded in deep unconditional love.

Her family is deeply mournful to have to let her go but are comforted in the knowledge that the love remains. We invite you all to celebrate her life every day by being inspired by her Legacy of LOVE. Any time that you need to feel connected to our beloved Noretha “Sweeny”. All you need to do is remember her love.

A celebration of life will begin at 10:00 AM, Wednesday, July 15, 2020, at McChapel AME Church Cemetery with Reverend Linda Ellis officiating, under the directions of Christian Memorial Chapel of Graceville, Florida.

All services will be exercising social distancing and facial masks are required.