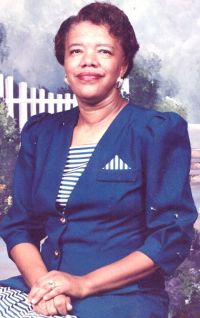 Mrs. Nellie B. Jones, age 72, of Cottonwood, Alabama passed away Sunday, May 5th at her residence surrounded by her loving family.

She joined Union Hill Missionary Baptist Church, where she served faithfully as president of the Deaconess and Usher boards until her passing.

She was preceded in death by her parents: Amos and Loretha Sanders; grandparents: Robert and Plassie Sanders & Jeff and Shellie Bellamy; one sister: Plassie Mae Sanders and one brother: Ricky Leon Sanders.