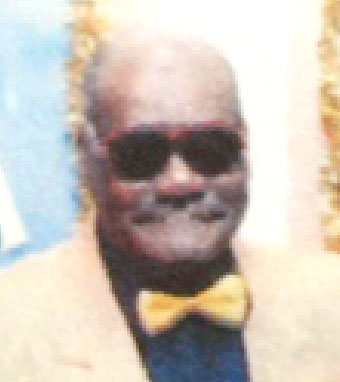 Nathan Cox, Jr., 80, of Bristol, Florida passed away Friday, August 16, 2019. He was born in Rock Bluff, Florida. On May 11, 1939 to the late Petronia Fletcher Cox and the late Nathan Cox, Sr. On the 16th day of August in the year of 2019, Brother Nathan’s footprints ceased in the sand of time at Tallahassee Memorial Hospital. He accepted Christ at an early age and joined Rockyville Missionary Baptist Church. He received his education in the Public School of Liberty County. He was united in Holy Matrimony to the late Pearlie Mae Black Cox. Brother Nathan worked at Florida State Hospital in Chattahoochee, Florida as a Psychiatric Aide, Roco Chemical Plant in Telogia, Florida and at Apalachee Correctional Institution (ACI) as a Correctional Officer until his retirement. Brother Nathan had a great love for his family, friends, farm Animals especially his horses and motorcycles. He leaves to cherish his memories four sons: Terry Cox of Bristol, Florida (Chastity), Nathan Cox, III, (Angel) of Atlanta, Georgia, Joseph Cox and Joe Lee Cox both of Quincy, Florida; a special granddaughter that he helped raised: Niakeasha Cox Burns (Minister Richard) of Quincy, Florida; six sisters-in-law: Dorothy Jean Beckwith, Nancy L. Bacon (Bobby), Patricia Donar, and Levola Ann Black all of Bristol, Florida, Ruby Mae Black of Syracuse, New York and Esteen Black Robinson of Quincy, Florida; brothers-in-law: Wilson Hall, Danny Black, Jr. (Vivian), Leon Jerome Black (Frances) and James Dawson (Vivian) all of Bristol, Florida; eighteen grandchildren; thirteen great grandchildren and one great, great grandchild; and a host of nieces, nephews, cousin and friends. Brother Nathan was preceded in death by a granddaughter, Shanesia Cox and a sister, Helen Hall. Crawford & Moultry Funeral Home of Chattahoochee were in charge of arrangements.