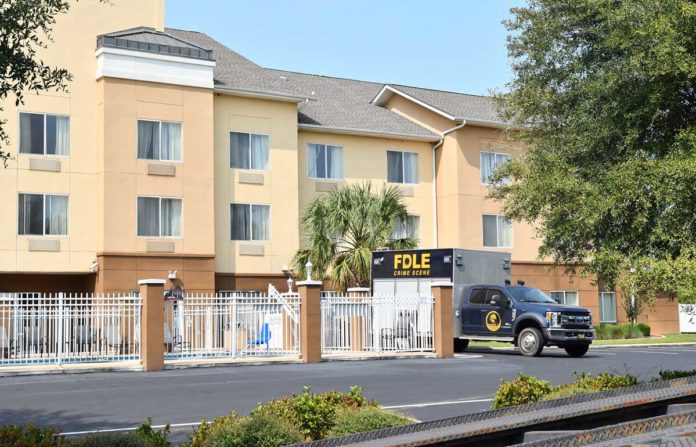 The Jackson County Sheriff’s Office have been on the scene at Fairfield Inn at the I-10/Highway 71 corridor in Marianna. They responded to a call of a gunshot just after 11 pm Thursday night.

When officers arrived at the scene, they saw a deceased woman, who they believe to be in her 30’s, on the passenger side of a truck with the door open and a fatal gunshot wound. Officials haven’t released the owner of the vehicle she was found.

Officials believe drugs could have potentially played a role in this homicide.

“That’s what we’re trying to determine now, if there were other people inside of the vehicle, if there were, did they get out, did they leave, or did someone pick them up. So, we’re still looking into that, we’ve got all the investigators out tonight (Thursday) and they’re canvassing any leads and trying to determine what did occur,” said Jackson County Sheriff Lou Roberts.

Anyone with any information is asked to come forward to help bring this investigation to a close. Sheriff Roberts stressed no matter how small the lead is to please contact the Jackson County Sheriff’s Office.