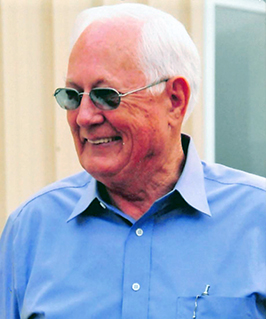 MSGT(ret) Fred J. Cook 77 went to be with his Heavenly Savior on the Lord’s Day of Memorial Day Weekend, May 30, 2021. Fred was born December 17, 1943 to the late J.D. & Cora Mae Cook, so close to the state line that his birth certificate read Graceville, Houston County, Florida. He is preceded in death by his parents and one sister Judy Cook Miles. He is survived by wife, Melba Bennett Cook of 57 years, their children, Sheila Cook Stitt (Bruce) and Darrell Cook (Stephanie) grandchildren Christopher Stitt( Jessica) Chloe Stitt and Darius Cook, and one Great grandchild Zachariah Stitt. Other Family members include siblings, Ann Cook Roberts, Eugene Cook (Liz), Terry Cook (Trish) and numerous nieces and nephews.

He graduated from Graceville High School with the Class of 1962. After retiring from the Air Force in 1982, he continued his education and earned his Bachelor in Theology Degree at Baptist College of Florida and his Masters in Psychology, Counseling from Troy University in Troy. He worked with the State of Florida in various areas before serving with the International Mission Board as a missionary in Mexico.

In the days preceding his death, he stated several times he was “ready to go” to heaven. How appropriate coming from a man whose life theme was one of readiness to go and serve. Before he was even 18 he looked up at the planes from the local Air Force Base that flew over the cotton fields where he and his family worked, he was ready to serve in the military. While in the Air Force, he was always ready to go. Vietnam, Thailand, Korea, Cambodia etc. Wherever he was sent he went and found something he liked about it. Except Utah, he wasn’t too thrilled about being there. Wherever he went he earned the respect of those who knew him and earned the recognition of his country. He was awarded 3 Distinguished Flying Cross medals and numerous others. When he retired from the Air Force, he was ready to serve others as a Police Officer, Truancy Officer, Child Abuse Investigator, Pastor, Missionary, and director of Columbia Baptist Ministry Center. The last 14 years he served as the director of Chipola Family Ministry Center, providing meals to those in need on a regular basis in Jackson County, Florida and the area. He was eager and ready to assist FEMA with recovery efforts. He was Chaplain for the Florida Baptist Disaster Relief and Chaplain for Talladega Raceway Ministry. He had the privilege to give opening prayer for Talladega 500. He also served in his church, and the list could go on and on. He was always ready to travel somewhere, on a motorcycle, in the motorhome, on the pontoon boat, or simply in a car. But, he was always ready to go somewhere and definitely ready to go to Heaven. There was a vacuum created when he passed, because he was involved in so much and positively supported his family and extended family in so many ways. Everywhere he went he had a way of making whoever he met feel important and seen, whether they were a General in the military, or the person cleaning the convenience store bathroom. He never met a stranger; he taught his grandchildren that people are important to God so they should be important to them as well. He lived that every day. He touched so many people that we can never know the extent or the impact he had this side of eternity. It is fitting as a Christian he passed away on a Sunday, and as a Veteran, he passed away on Memorial Day weekend. His family and community grieve their loss and celebrate a life lived in service to God, people, and country.

Flowers accepted or those wishing to make donations in Fred’s honor can give locally to the Chipola Family Ministry Center in Marianna, Florida or, to international missions for his granddaughter Chloe Stitt who is a missionary with Globe International.

Family will receive friends at the church on Friday, 5 p.m. until 7 p.m.

Interment will be held 11:30 a.m., Tuesday, June 15, 2021 at Barrancas National Cemetery in Pensacola, FL with full Military Honors by the U. S. Air Force.

Flowers accepted or those wishing to make donations in Fred’s honor can give locally to the Chipola Family Ministry Center in Marianna, Florida or, to international missions for his granddaughter Chloe Stitt who is a missionary with Globe International.