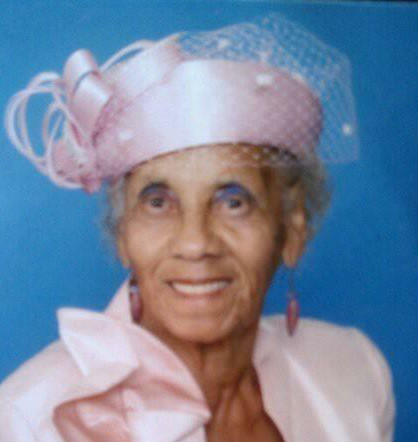 Born to a modest family, Marie Bell was born October 14, 1931, to Peter Gillette and Mary White-Gillette. She called Jacob City home during her childhood and adolescence. Growing up on a modest farm in northwest Florida, Marie learned the true principles of hard work and dedication by helping her mother and father with different responsibilities within the home

At an early age, she understood the work of GOD and accepted Jesus Christ as her Lord and Savior. She was a member of St. Mary’s Baptist Church in Jacob City. As a child growing up, Marie and her siblings believed in hard work and living righteously. She believed that the true acts of kindness were in the actions by leading by example.

In 1948 at the age of 17, Marie met the gentleman she would later marry. She stood before GOD and took her wedding vows with Eddie Bell, Sr. they relocated to Orlando, Florida where they lived for several years. During this union, they were able to produce Marie’s pride and joy, her only child. In 1950, they welcomed their daughter, Christaphine Bell into the world.

In the 1960’s, Marie felt it was best to start a new chapter of independence. She was always ambitious and goal driven to meet her goals. Marie always moved in silence and let her accomplishments speak volumes. Some of those accomplishments was learning to drive and moving to Miami, Florida to build an legacy for decades to come.

When Marie migrated to south Florida, one of the first things she did was to find a permanent church home. She joined First Baptist Church of Opa-Locka, Florida under the leadership of Bishop Billy Baskin. She believed in his mission and followed him along with his teachings when he started God own ministry called New Way Fellowship Baptist Church. While there, she held different supportive roles including being a Sunday School Teacher, Women’s Ministry rep, Transportation Ministry, and a member of the Mass Choir. In 1990, she became a member of Jesus People Ministries under the leadership under of Bishop Isaiah S. Williams, Jr. and Dr. Gloria Williams. During the early 2000’s, she moved to Albany, Georgia and became a member of First Monumental Baptist Church under the leadership of Pastor Roosevelt Carter. She maintained membership with this remarkable body of faith until her transition.

When Marie moved to south Florida, she immediately found work in retail. During this chapter, she met and built lasting friendships with many that she has held up until recently. She worked in the retail industry until 1982. One of her major accomplishments was earning her GED from Lindsey Hopkins Technical School.

In December 1982, she started employment with the Miami-Dade Public School System. She held the position of Lead Maintenance personnel for 23 years.

Throughout her tenure, she was a familiar face to staffers and many children who were taught at Barbara Hawkins Elementary  (formerly North Carol City Elementary). She would treat each child as if they were her own. She retired from MDPS system in 2003.

She was preceded in death by her parents, husband and daughter.

A celebration of life will begin at 1:00 PM, Saturday, April 23, 2022 at the Saint Mary Missionary Baptist Church Cemetery, 1935 Jacob Main Street, Jacob City, Florida 32426, with the Reverend Obadiah White officiating, under the directions of Christian Memorial Chapel of Graceville, Florida.