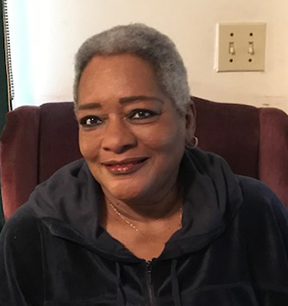 Ms. Evelyn C. McKinney of Marianna, entered into eternal rest on Wednesday, November 16th in the Southeast Alabama Medical Center. She was 78 years of age.

A native of Jackson County, she was of the Methodist faith and a member of St. James African Methodist Episcopal Church where she served as an Usher and sang in the choir. Evelyn was a graduate of the Jackson County Training School’s Class of 1961. She furthered her education at Chipola Junior College, receiving an AA Degree in Child Development and Mental Retardation. She was employed at Sunland Center for 28 years before retiring.

A viewing will be Tuesday, November 22nd from 3-6p.m. at Peoples Funeral Home Chapel.
A Homegoing Celebration will be held Wednesday, November 23rd at 11 a.m. at St. James African Methodist Episcopal Church with Pastor Ronald D. Mizer, Reverend Dovie Lewis and Reverend Jesse Douglas officiating. Interment will follow in the Orange Hill cemetery with arrangements entrusted to the Caring Staff at Peoples Funeral Home of Marianna.