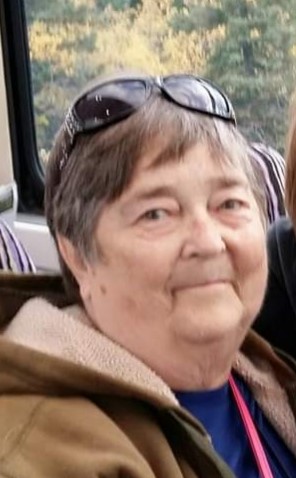 Annette, as she was known by her loving family and many friends, was born in Washington DC on January 29, 1946, the only child of Aristead (Al) Capone and Vera Caynel Pittman Capone, soon after, she moved to Grangerberg, AL to live with her grandma Pittman. In those years she learned to play the piano and several stringed instruments. Her affinity for music was something which would show throughout her life.

Growing up in Cottonwood, she attended Cottonwood High School where she, being musically inclined, played a clarinet in the band and was also a majorette. In high school she met and fell in love with James Ryals Grice.

Soon after their marriage in 1963, Annette and Jimmy started their family, eventually having four children, James (Tony), Tammie, Terry, and Tonya who became known as the 4T’s. She was a wonderful mother and mentor, being always a big part of her kids schooling and activities. She never ever missed an opportunity to support her children and to be there to see them excel.

Because of Annette’s love of music and for Jesus Christ, she joined a Gospel group, The Confidentials, and taught her children, the 4T’s, to sing in their own Gospel group. Later in life, she played the piano for Cypress Grove Assembly of God where she was a lifelong member.
Early in her life she worked at Warners sewing factory in Marianna, FL, but later joined public service, working for the Marianna Convalescent Center, then the Florida State Hospital. She, during this time, attended school at night to get her high school diploma and later her CNA certification. Around 1991 she was forced to retire as her kidneys had failed.

Her amazing belief in her savior was reaffirmed when the Lord sent sister Mary Barwick to Cypress Grove Assembly to, as in Mary’s words, “help someone”. Mary saw Annette at the piano and said she immediately knew who she was sent to help. None of Annette’s family was a match, so Mary offered her a kidney. Her savior sent her the perfect match, which gave her 28 more years of life and answered her prayers to see all her children grow up. He not only gave her that, but he blessed her the time to enjoy her many grandchildren and great-grandchildren.
She even was able to return to work for Marianna Medical Group doctor’s office, Marianna Health and Rehab and Sterritt Group Home. Annette loved to work and loved people.
Annette was preceded in death by her parents and later by her husband of 32 years, James “Jimmy” Ryles Grice in 1995, and her son Terry Ingram Grice in 2005. After her first husband, she later married Jackie Dalton. After 22 years, Jackie also preceded her in death in 2018.
Annette is survived by her children James Anthony Grice and wife Susan, Tammie Annette Gentry and husband Patrick, and Tonya Renee Chason and husband Randall. She is also survived by her seven grandchildren, eleven great grandchildren, her best friend (or sister to her) Bea Brantley, her sisters-in-law Sherilon Hamilton and Ethel Chance, Ray and Lilla Grice, a host of nieces and nephews, extended family by blood and marriage, many many close friends, and her brothers and sisters in Christ.

Due to the ongoing concerns regarding the COVID-19 pandemic, private family services will be held at Cypress Grove Assembly of God.

Marianna Chapel Funeral Home is in charge of the arrangements. Expressions of sympathy may be submitted online at www.mariannachapelfh.com.