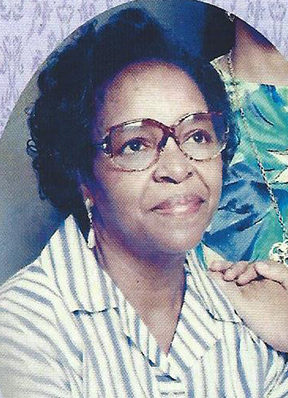 On February 6, 1938 in Cottondale, Florida the sixth child was born to Mr. Eddie and Mrs, Ezella Clemons, a baby girl they named Lula Jane Clemons. Lula accepted Christ as her Savior at an early age at St. Mary’s Missionary Baptist Church. She went on to unite herself to other churches during her lifetime and actively worked in various auxiliaries until her health failed. In 1956 she married Roosevelt Evans, a year later she gave birth to her only child Coice Evans, their union was brief. Later she married Raymond Anderson. Lula was a hard and faithful worker. Soon after leaving Florida, she moved to New Jersey where she worked at a garment factory pricing and shipping clothes. Years later, she moved to Minnesota where she worked for Honeywell. In 1975, she relocated to Ocala, Florida where she worked various jobs until her final employment with the Marion County Public Schools. She remained there until her retirement. Lula shared her resources with various charities and organizations. She loved plants and embraced gardening as a hobby. She was humble and caring but never left anyone guessing what she thought about a matter. She told you what was on her mind whether you wanted to hear it or not. Lula joins her parents and eight siblings who preceded her in death. She leaves to cherish her memory, her daughter Coice Larkins; her granddaughter, Tequerio Banks (Charles); greatgrandson, Nathaniel Larkins, as well as a host of nieces, nephews, family, and friends.