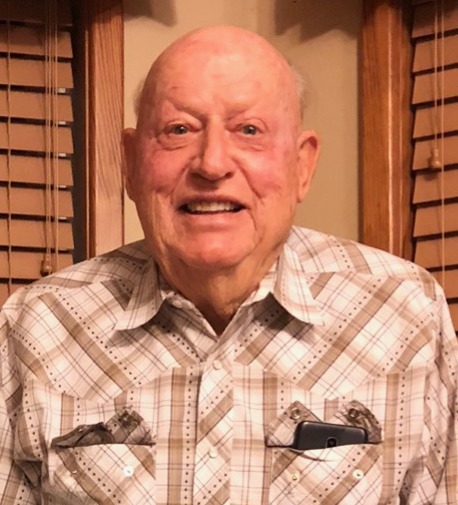 Mr. Otis Ashmore Goodson, Jr., went to be with the Lord at the Noland Hospital in Dothan, AL on Tuesday, September 7, 2021.

He is survived by his wife of 65 years, Sandra; his daughter, Dr. Rosilyn Goodson Williams, and her husband Steve; his son, Otis Ashmore IV, and his wife Sharlene; three grandchildren, Ashlyn Madelyn, and Noah Goodson; one sister, Joann Moneyham of Pace, FL.

He was preceded in death by his father and mother, Otis Ashmore Goodson, Sr., and Shula Mae Howell Goodson; three brothers and sisters, one infant son and daughter and many nieces and nephews.

He was born and reared in Grand Ridge, and he graduated from Sneads High in 1954. He moved to Pensacola, FL where he started a career in the United States Postal Service. His work included walking postman, city mounted carrier and finally became a rural mail carrier for Grand Ridge in 1959. He loved his work, cared for his patrons, stamped many letters, and delivered everything from letters to poultry. He said he never had a bad day as long as he carried the mail.

He retired after 40 years and received the 1-million-mile award two times without an accident. He not only carried the mail, but he farmed, raised horses, and repaired many homes for friends and relatives.

In recent years, he has been the property manager for several estates in the Grand Ridge area. Being as altruistic as he was, this gave him many opportunities to bless others and be blessed.

Otis and Sandra’s conversion to Christianity was at Bellview Baptist Church in Pensacola, FL under the leadership of Dr. James Kingman in 1957. Otis was led to the Lord by James Kennedy, a co-worker with the USPS and deacon in the church. He has been a great lover of God’s word, a Bible Scholar and teacher of the Word. He taught Bible Study for many years at Inwood Baptist Church. In recent years, he also attended Sneads Assembly of God.

After the Lord Jesus, the love of his life was his lifelong companion, Sandra. Throughout his 85 years he was a wonderful husband, father, and grandfather. He lived his life as a Christ follower. His family was nearest and dearest to his heart; they will carry on his legacy.

His celebration of life service will be held on Saturday, September 11, 2021, in the Sneads Assembly of God Church at 4:00 PM Central Time with Dr. Juno Douglas officiating. The family will receive friends one hour prior to services. Burial will be private in the Goodson Family Cemetery.

McAlpin Funeral Home is entrusted with all arrangements.