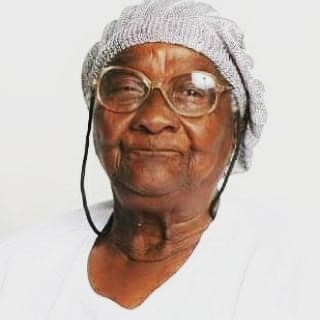 Mother Mary Lee Robinson, of Tampa, Florida, formerly of Marianna, Florida transitioned from life temporal to life eternal on Tuesday, August 3, 2021.
Mary Robinson was given the gift of life on April 16, 1922, in Marianna, Florida to the late Fred Robinson and Beatrice Brown. She made her decision to accept the free gift of salvation at an early age and was a member of Union Missionary Baptist Church in Marianna FL for over 60 years. She was married to Jacorium Robinson, and they had three children: Walter, Rosemary and Earl.

Mary was reared by her father who taught her how to work hard and be committed to whatever she accepted to do. His motto was “let your word be your bond” and she made this her motto and passed it on to her children. She was employed in various industries including hotel, restaurant, domestic care and HRS sitter. Her work ethics were impeccable and she committed herself to do her very best no matter what the task entailed.

Mary was faithful to her family and loved them wholeheartedly. Most everyone knew of her passion for fishing; however, she was not only a fisher of fish, but of people of all ages. She cast her net to pull others into her life with stories and words of wisdom while always acknowledging the CAPTAIN. Mary was faithful, ingenious, sincere, helpful, resilient, maternal, adventurous, and nurturing. Her hugs were genuine. Generations of women have gleaned wisdom from her. Humor generated from Godly wisdom filled her presence. Her Mother Wit was intuitive and precise.

Graveside Celebration of Life services will be held on Saturday, August 14, 2021 at 10:00 AM from the Union Hill Missionary Baptist Church Cemetery.

Vann Funeral Home in charge of the arrangements.

A public viewing will be held on Wednesday, August 11, 2021, from 4:00 PM to 7:00 PM EST at Ray Williams Funeral Home in Tampa, Florida, located at 301 N. Howard Avenue, and on Friday, August 13, 2021, from 4:00 PM to 6:00 PM CST at Vann Funeral Home.
Center for Disease Control (CDC) Guidance regarding masks and social distancing will be followed for the safety of the family and those who attend the viewing and graveside service

She is preceded in death by her parents, six siblings and three children: Robert Davis, Jr., Jenny Davis, and Walter Robinson, Sr. and granddaughter, LaKeyta Swilley.

She leaves a legacy of love with her children: Rosemary Jackson (Willie), Earl Robinson, and daughter-in-law Wilma Robinson.

And a host of nieces, nephews, cousins, other relatives, and dear friends of Greater Bethel Missionary Baptist Church (Tampa, FL).