It was no surprise to anyone who has had the pleasure of seeing Michaela Edenfield don the catching gear, place a bat in her hand and step up to the plate over the last three years for the Snead Pirates the last three years to watch as she signed to further her softball playing days and her education. Friday, before family, friends, teammates, faculty and classmates, Edenfield made her college choice official as she signed on the dotted line to play for the Florida State SEMINOLES next season.
The catcher and first baseman is more than ready to be a Seminole in the fall of 2020.
Edenfield has a long list of awards and accolades. She was the home run derby winner and the recipient of the Pirate’s Slugger Award for the past three seasons. In 2019, Edenfield’s batting average was .514 with 44 RBIs, 10 homeruns in 29 games. She was issued 30 walks to only 14 strikeouts and recorded a .657 on base percentage. In her sophomore year in 2018, she recorded a .402 batting average, with a .524 on-base percentage and had 21 walks. As a freshman, Edenfield had a .408 batting average and a .592 on-base percentage, with 28 walks issued. In three years, she has 111 RBIs, 28 homeruns, 3 triples and 32 doubles. Her freshman year she hit 11 home runs. Since then, other teams have started to walk her, but the future Seminole still managed to hit seven homeruns her sophomore year and 10 her junior season.
Edenfield said playing for FSU has been her goal since starting at Sneads but to not only play for them but to play on a scholarship. “This is a day I’ve been looking forward to for my whole entire life. As a little girl I wanted to play Division I ball, I wanted to be on TV and play softball,” Edenfield said. “And the fact that I’m going to my hometown college Florida State it’s a wonderful feeling.”
Edenfield was looked at by several colleges, but she said it was the sense of home that drew her to Florida State.
Edenfield was courted by many colleges but those that stuck out in her mind were Rutgers, University of Alabama at Birmingham, University of Virginia and Rollins. “In the amount of colleges I visited over the past few years, everybody can say they are a family, but for me at Florida State it was felt without being told and that’s a big thing,” she said.
Edenfield is quick to acknowledge all of those who have supported her throughout her softball years, “I have to thank all of my family, my close friends for supporting me throughout the years and for sacrificing many, many hours where they could have been relaxing and having personal time but they spent it at the ballfield cheering me on. I would also like to say thank you to my coaches who have pushed me over the years. One coach being coach Rick Green from Arnold High School. He was my travel ball coach for many, many years and I have received so many hitting lessons from him over the years. I’d like to thank coach Travis Johnson and the Smooth Team because that was my first real taste of travel ball and that’s what has gotten me to so many other teams.”
Michaela is the daughter of John and Tami Powell, granddaughter of Roy and Mary Edenfield and her older sister Aliesha. Edenfield jokingly says she gives her sister credit for the hard work she has put in to get to where she is today, “She played softball. She is honestly the reason why I got really competitive, the reason I started playing softball to begin with. I wanted to be better than her.”
Congratulations to Michaela on her huge accomplishments from the publisher and staff of the Jackson County Times. 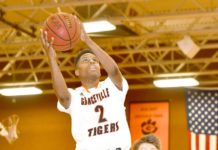 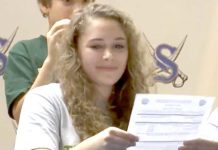 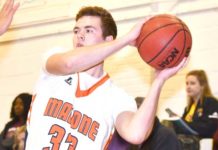